Did The Ultimate Trail Bike Just Get More Ultimate?

Fresh after the release of the new SB160 and SB120 this month, Yeti is on a roll and has made yet another update to their line. Today they introduce the new Yeti SB140, a 29” trail bike with 140 mm of rear travel and 150 mm of front travel. The new SB140 takes the spot of the previous SB130 in the Colorado brand’s lineup of super bikes. This new whip boasts the ability to be ridden all day or get down at the local bike park or shuttle day. You can build it on the lighter and more efficient side, beef it up with some thick tires, or look into getting the Lunch Ride version, which comes with a 160 mm fork, a reservoir rear shock, more powerful brakes, and a thicker rear tire. The SB130 was definitely our best selling Yeti over the last four years, thanks to it being an extremely versatile bike that really was the quiver killer. I got to spend a little bit of time on the SB140 and I can certainly say they made it better in all the right ways. It pedals just as well while also feeling more planted and in control when riding downhill, giving you a massive confidence boost right off the bat.

Now there may be a bit of confusion in the Yeti lineup, so let's clear that up. There was, and still is, an SB140 that rocks 27.5” wheels front and rear. That bike continues in the line for model year 2023 while the new SB140 with 29” wheels is brought into the line as well. So yes, there will be two SB140 bikes with different wheel sizes and both excel at different types of riding and terrain. For the remainder of this review, we will be talking about the new SB140 with 29” wheels. 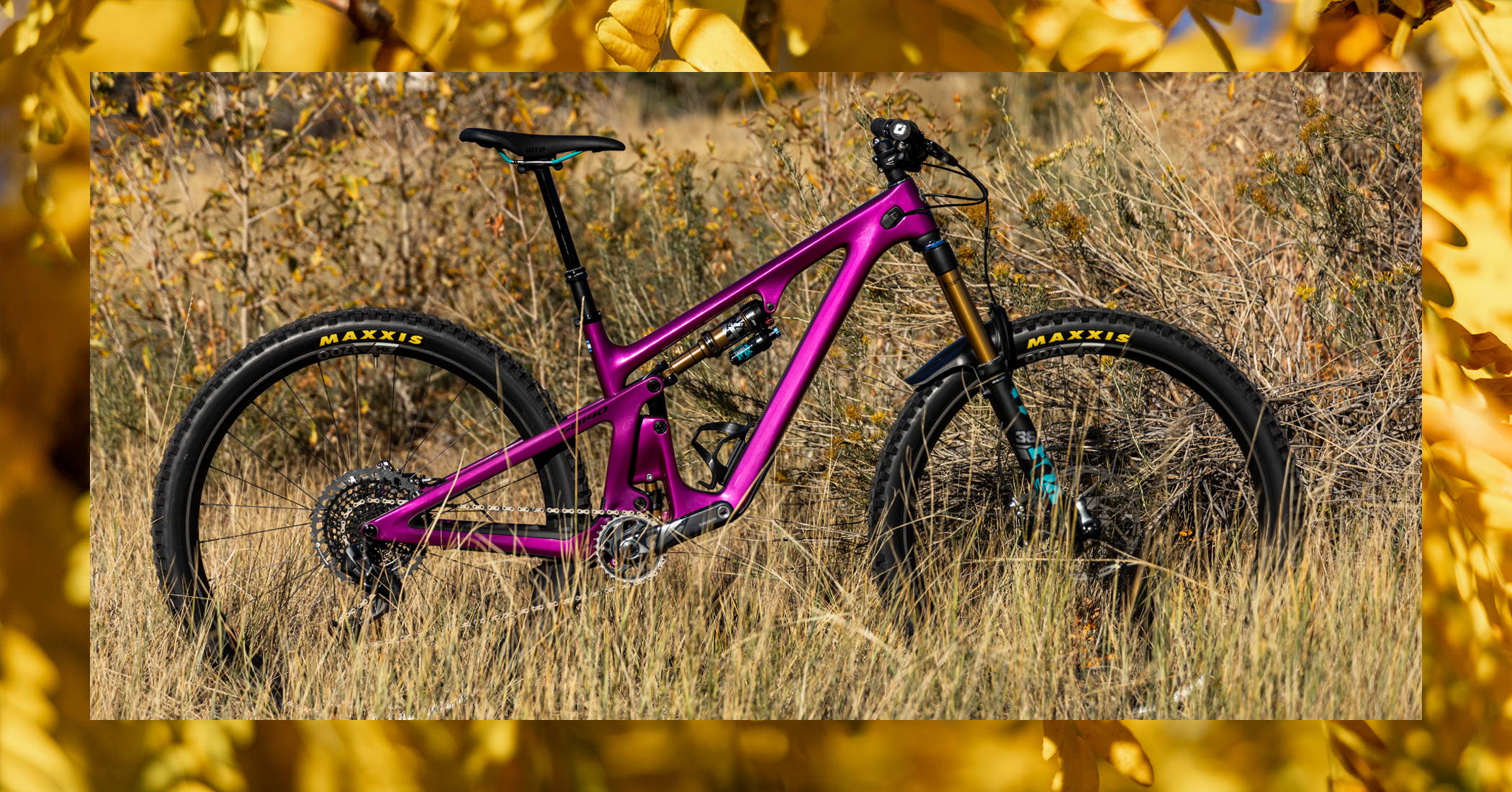 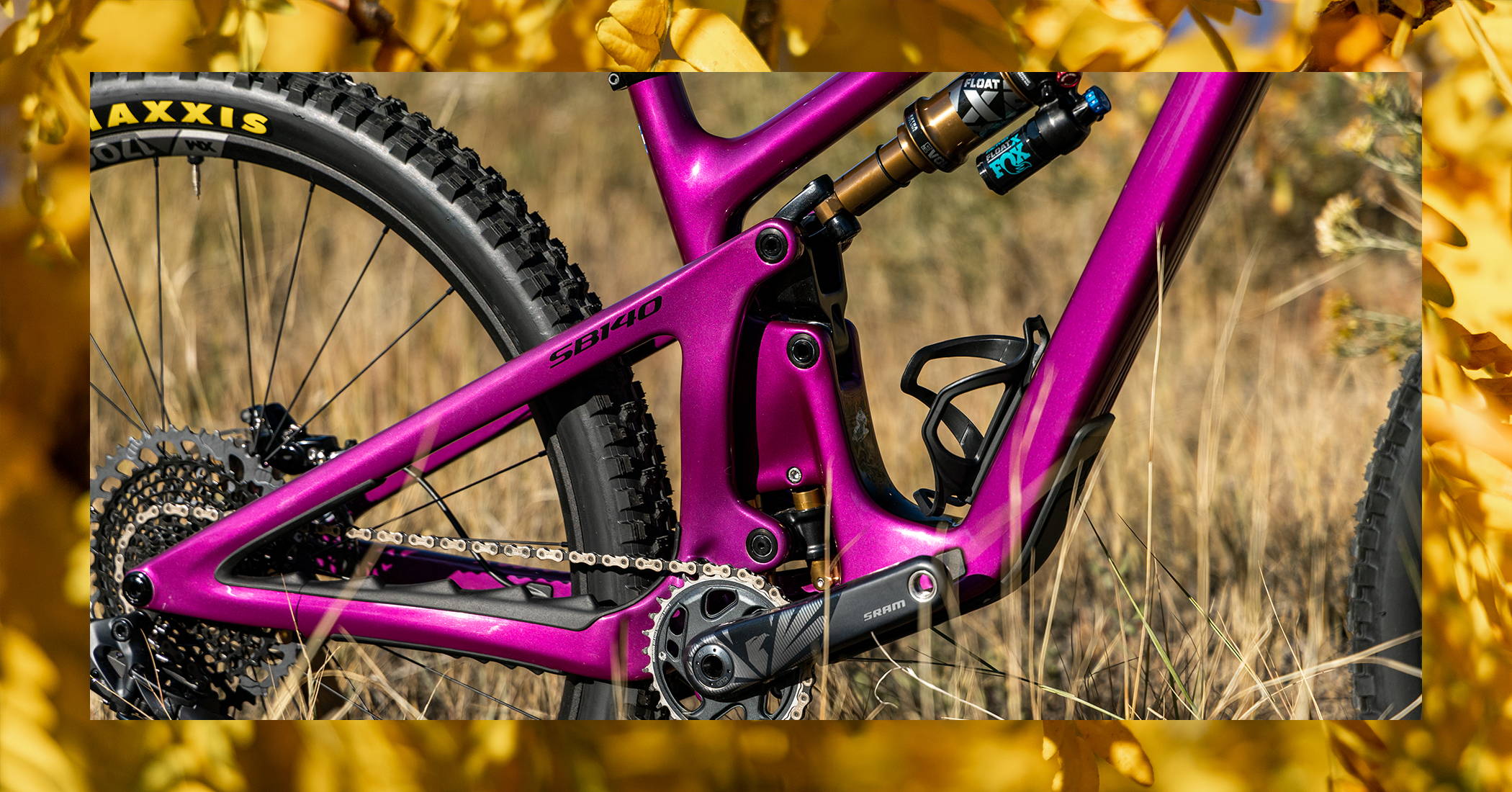 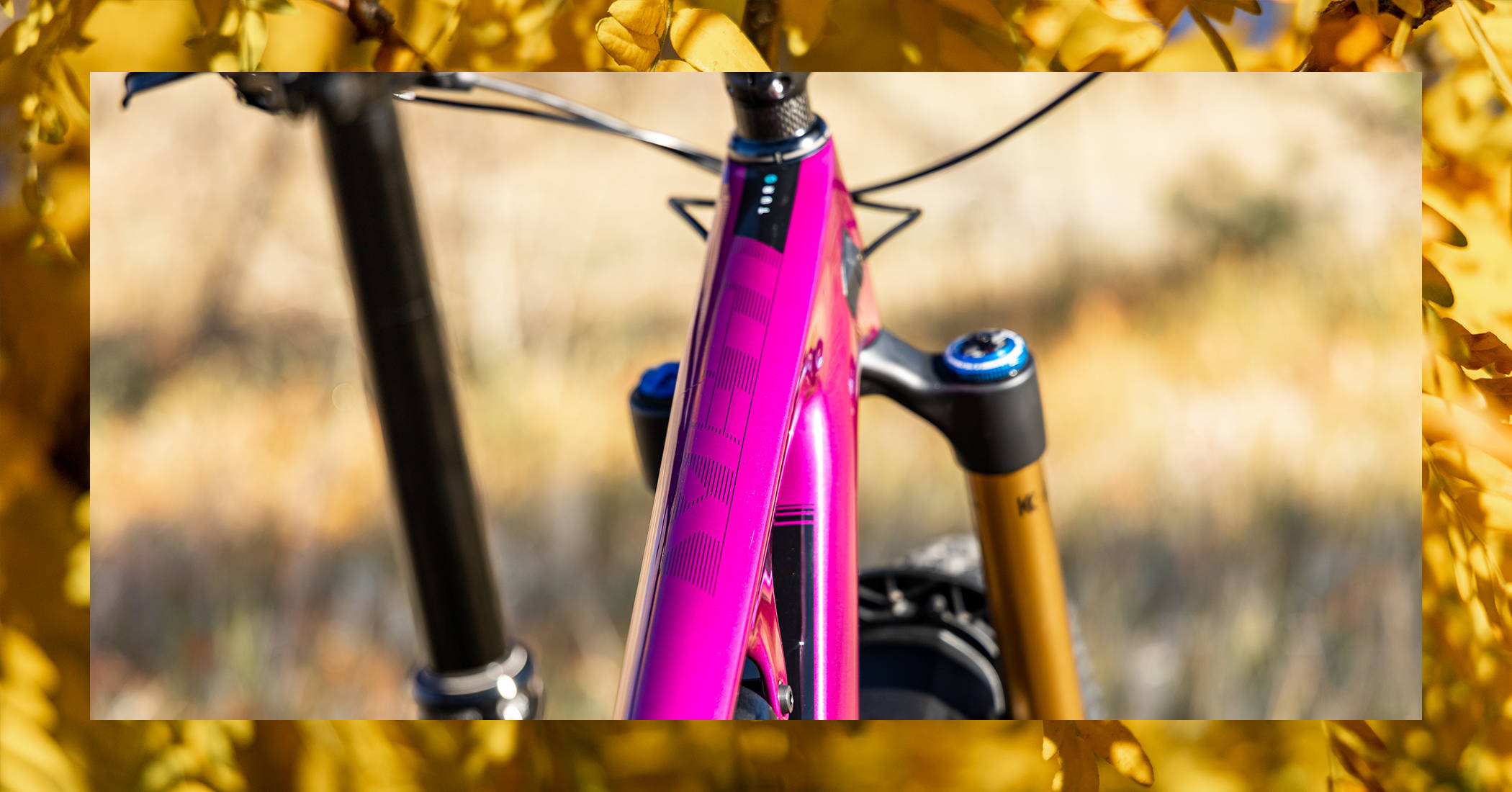 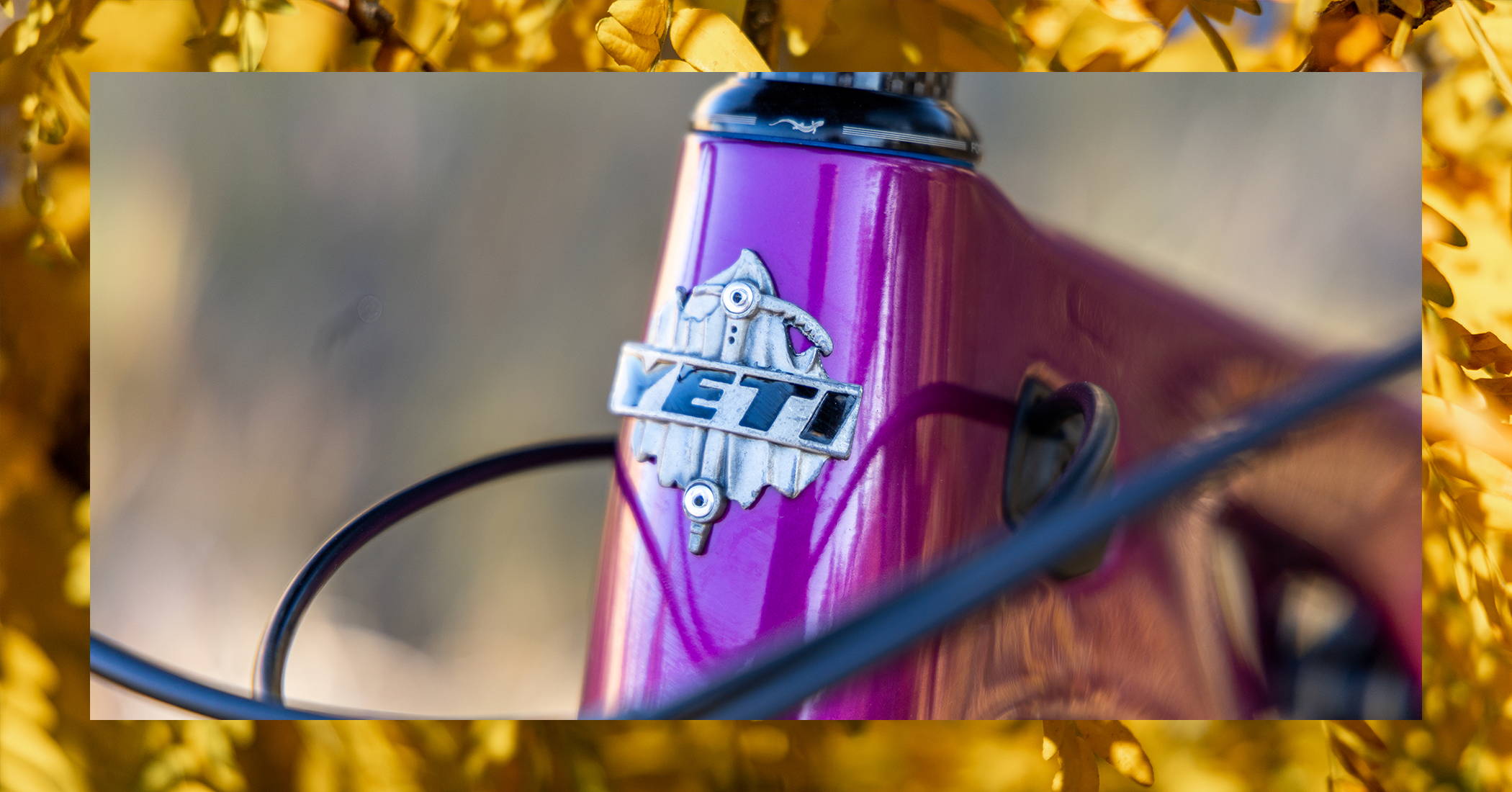 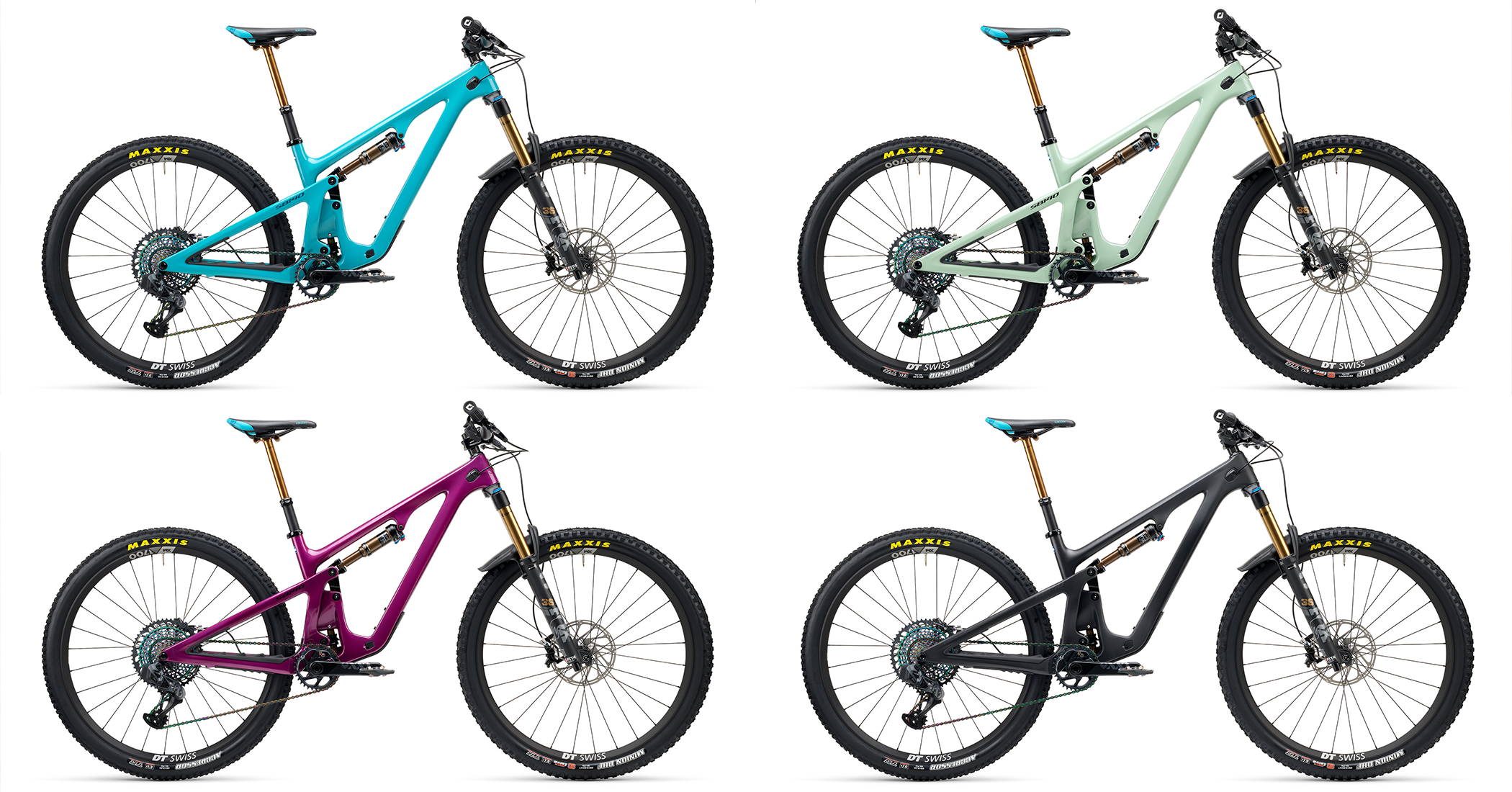 Following in line with the other two new models from Yeti, the SB120 and SB160, the SB140 gets all the similar frame updates as those two bikes. The long list of updates include secured cable routing, improved noise reducing chainstay protection, a dual density downtube protector, a threaded bottom bracket, Universal Derailleur Hanger, updated pivot design with floating collet pivot axles, an updated Switch Infinity link, size specific chainstays and a shorter seat tube length to get those extra long dropper posts in. Speaking of droppers, the medium comes with a 175 mm dropper post and the large, x-large and xx-large bikes come with a 200 mm dropper post. All the drop for all the party laps! 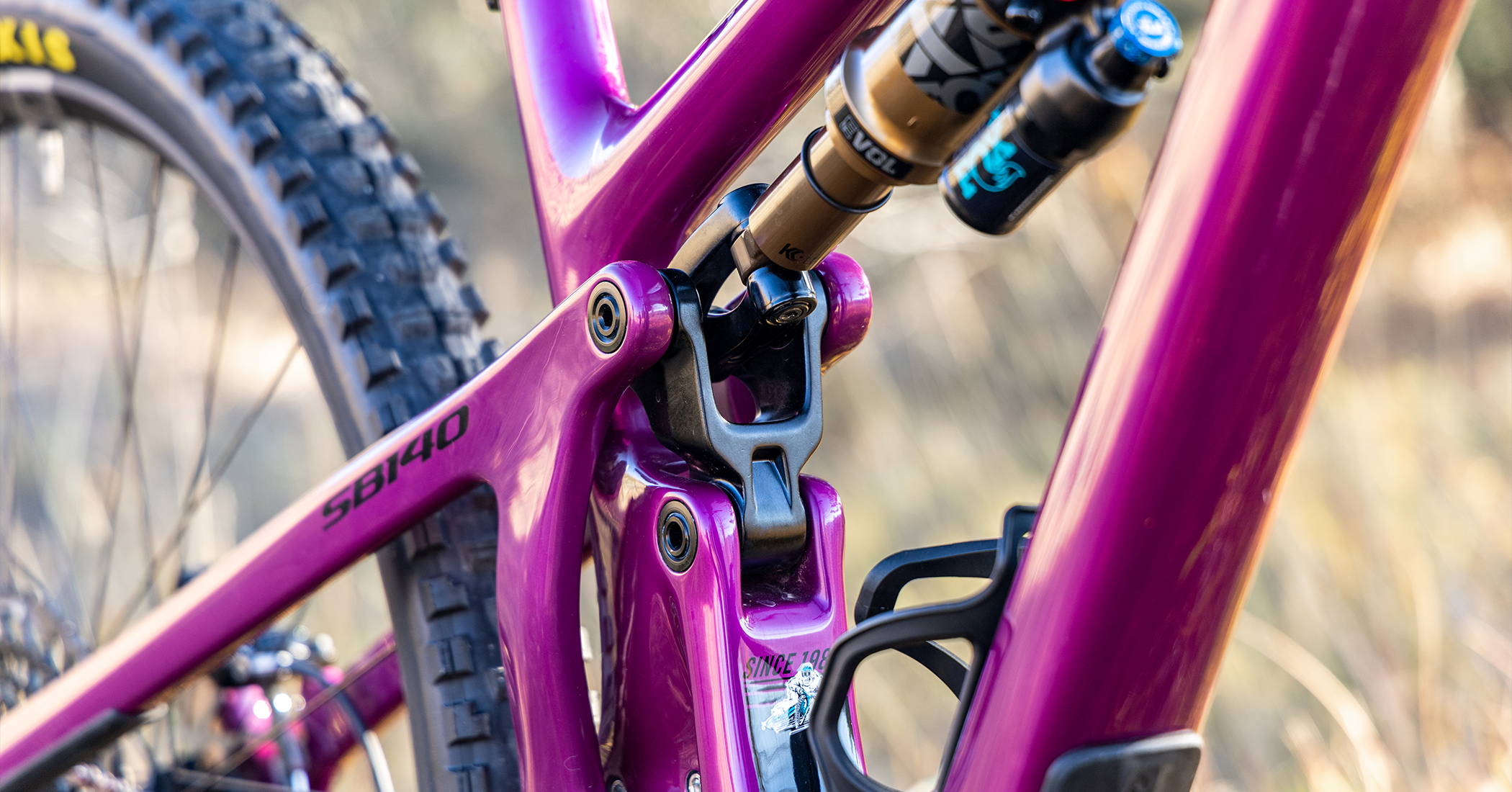 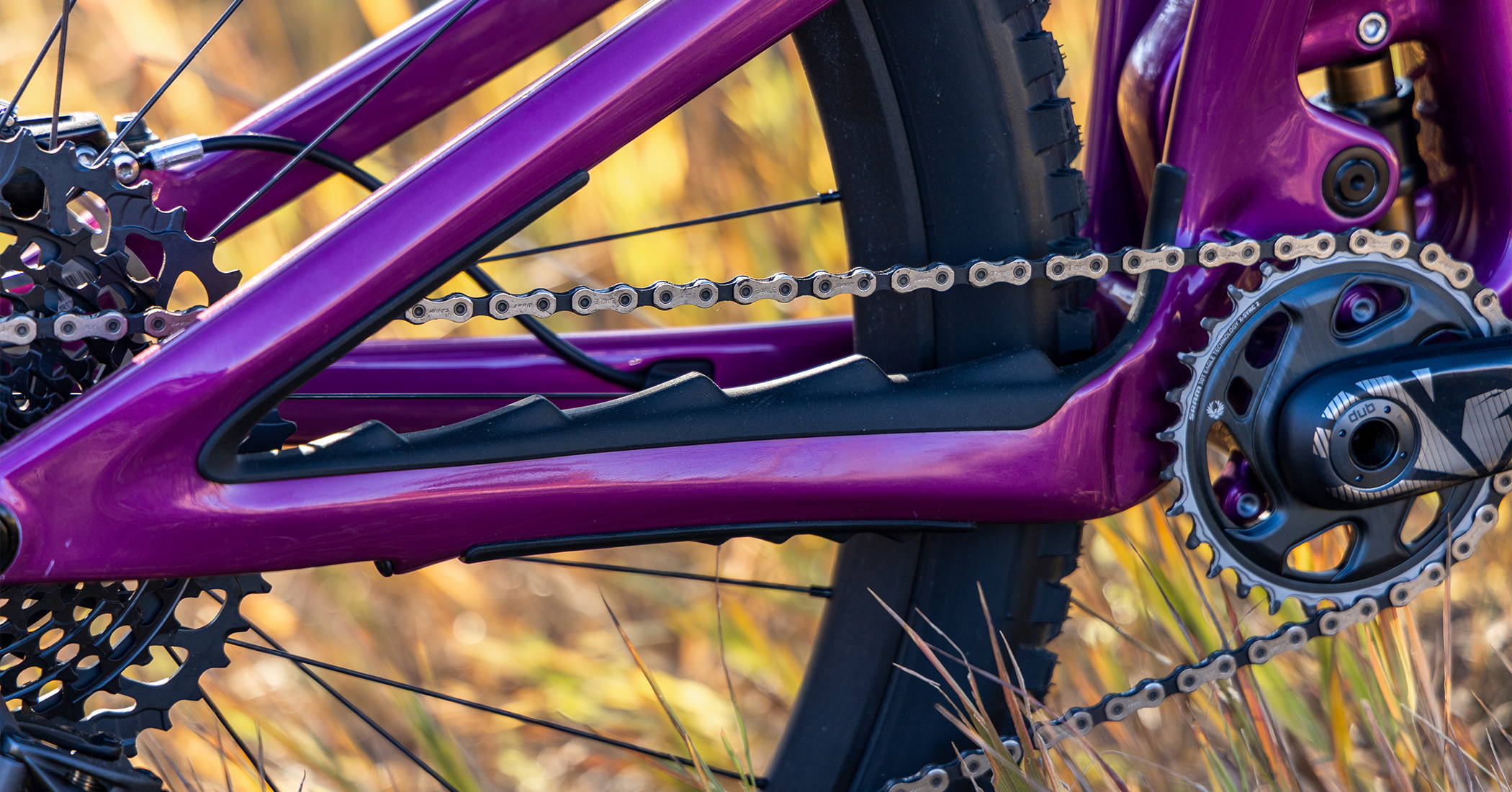 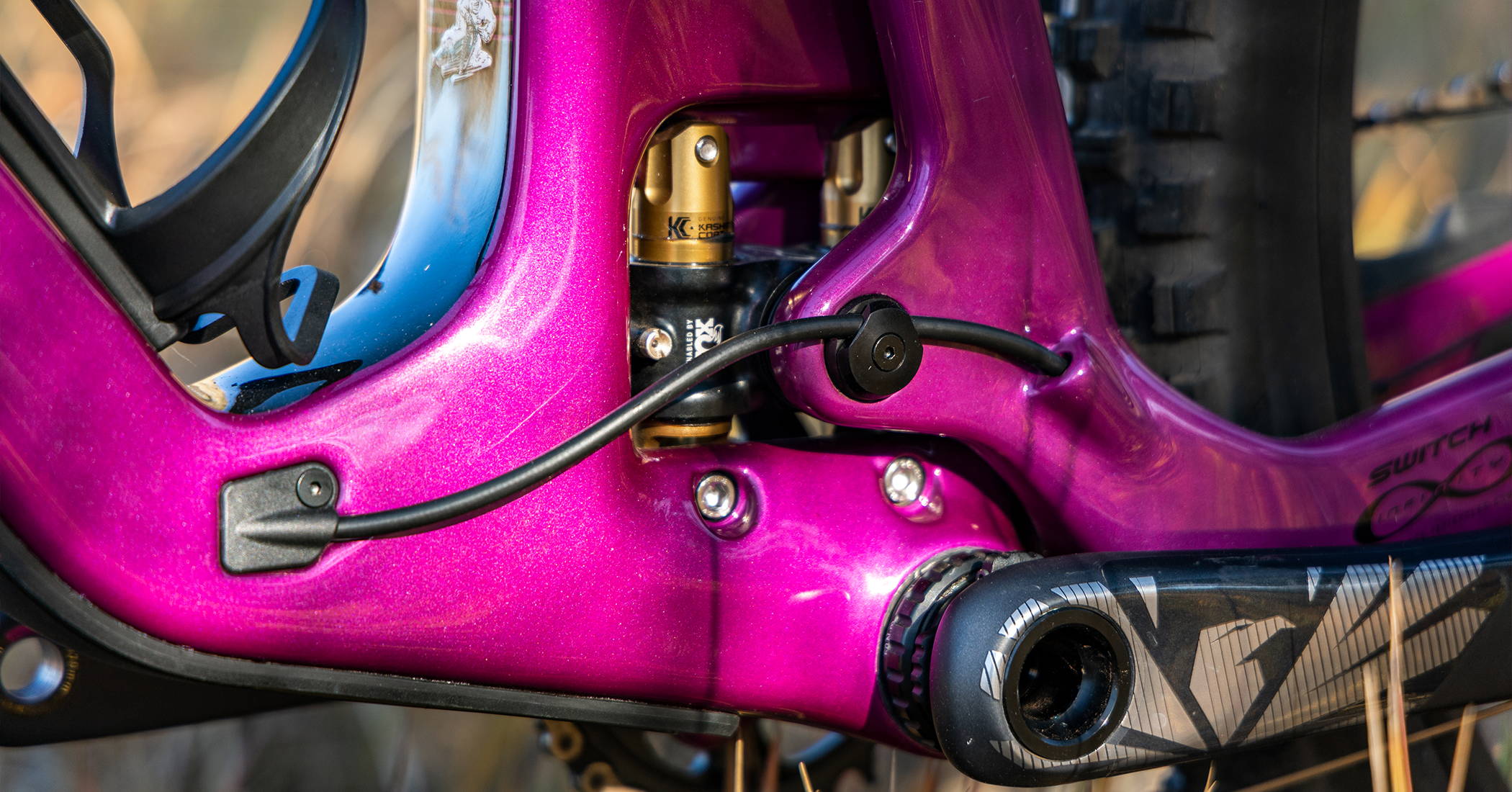 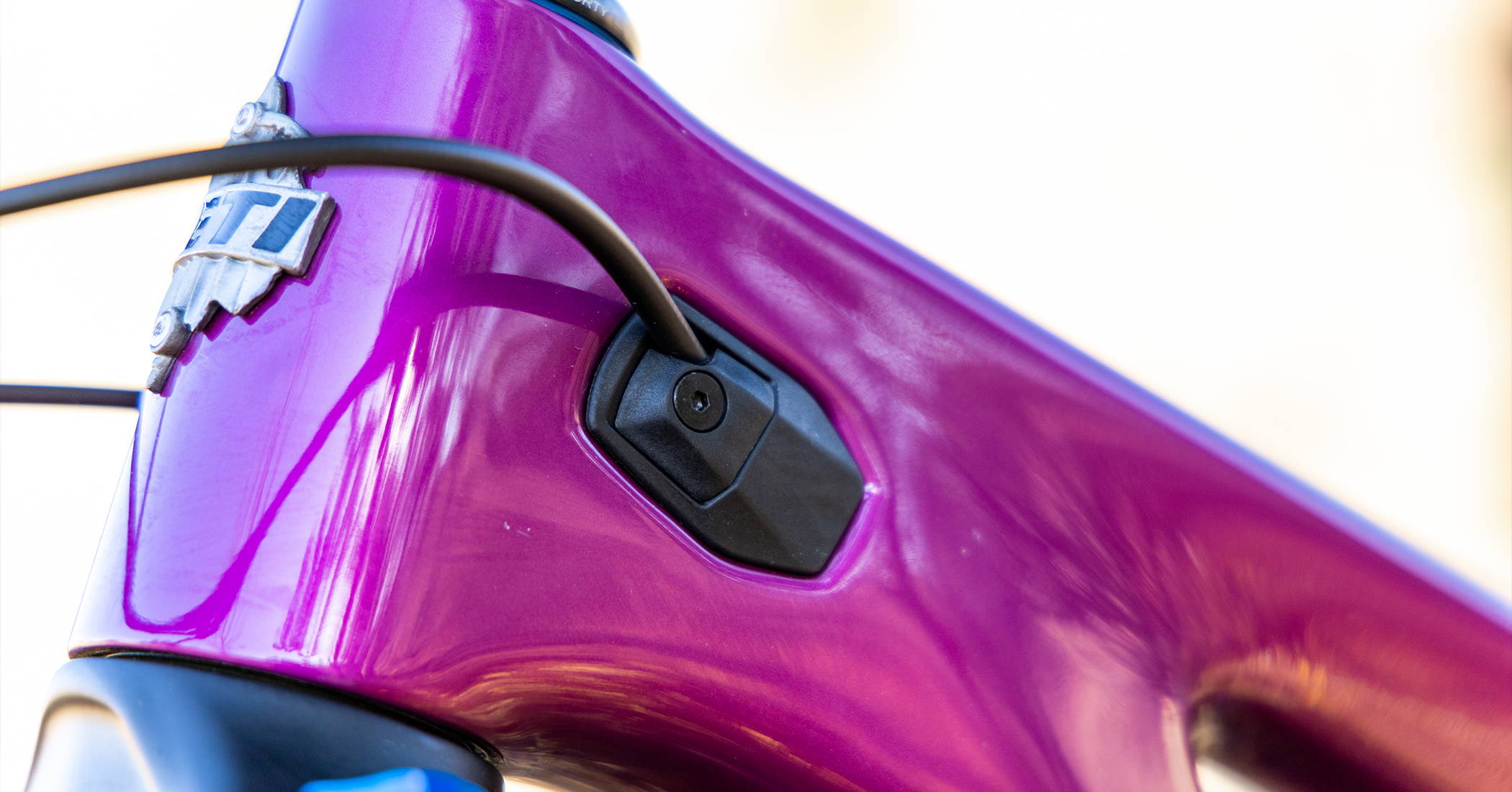 While the SB140 gets the slightly longer and slacker treatment, it's not an extreme departure from the previous SB130. Head tube angle sits at 65.4 degrees for the 150 mm fork and 65 degrees for the Lunch Ride with a 160 mm fork, and the seat tube angle sits at 77.5 degrees and 77 degrees, respectively. Reach numbers are roughly the same with a medium sitting at 456 mm, large at 485 mm and x-large at 510 mm. The size specific chainstays are one of the bigger changes for this bike at 438mm for the medium, 440mm for large, and 442mm for the x-large. 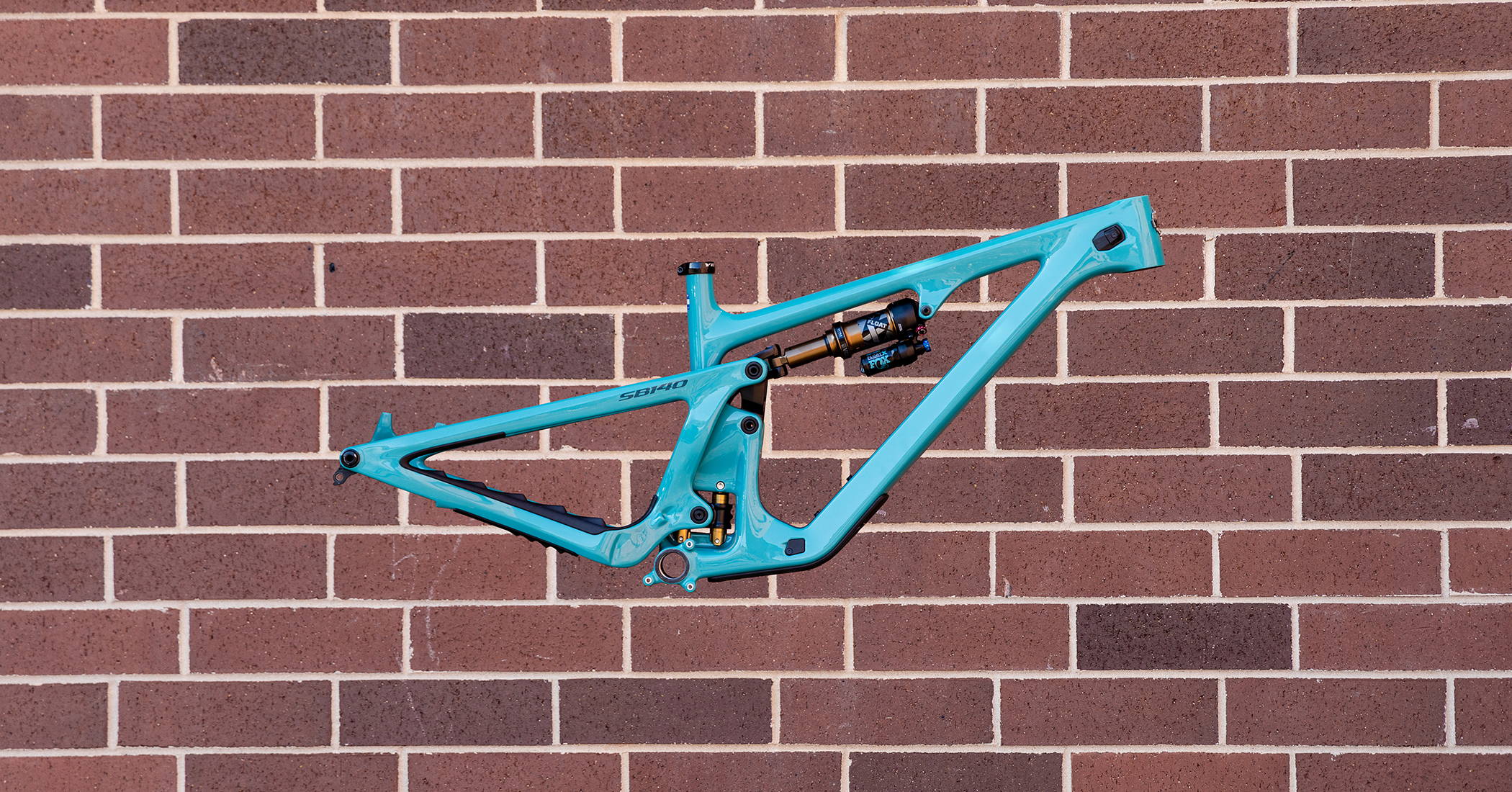 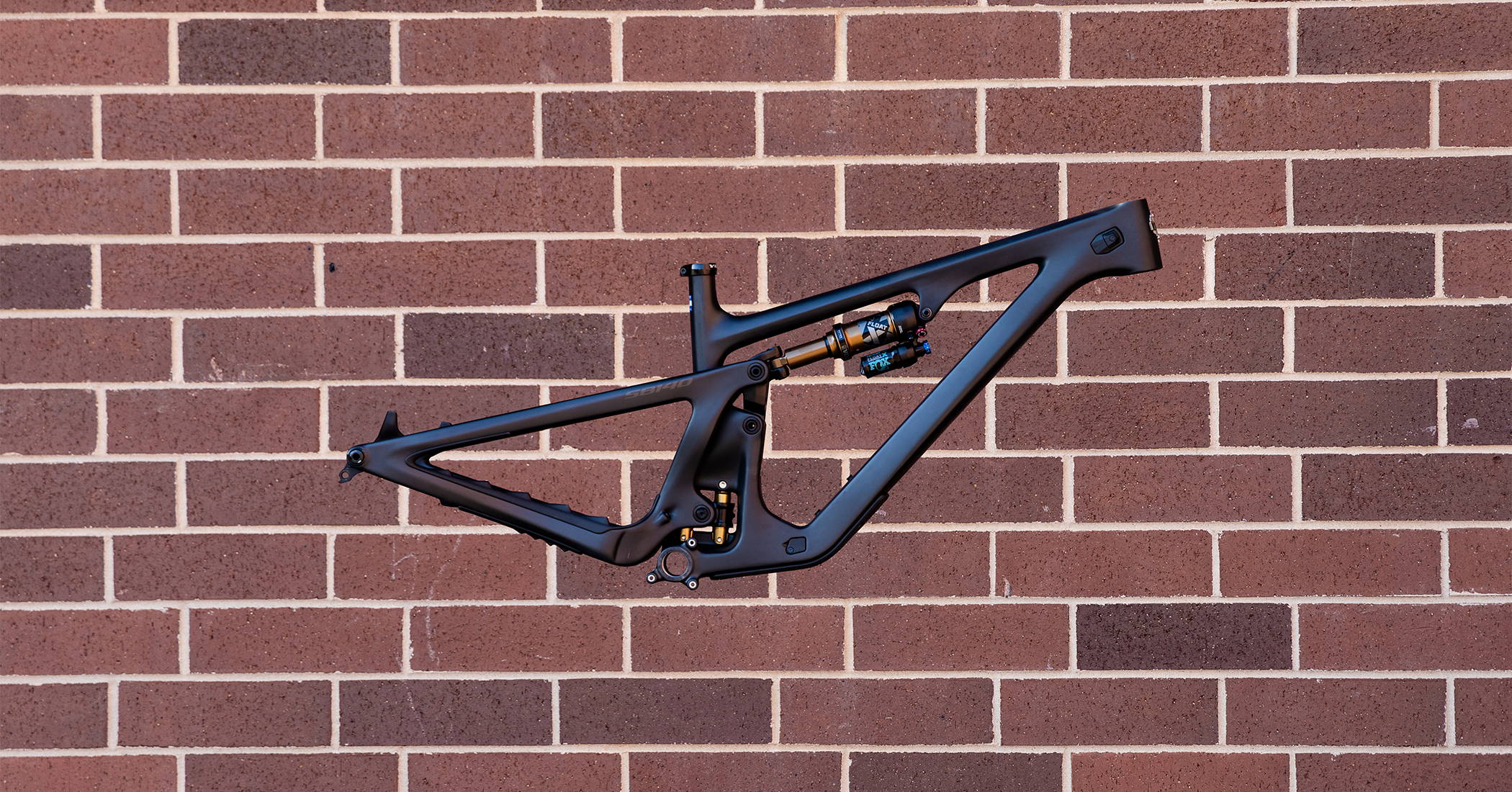 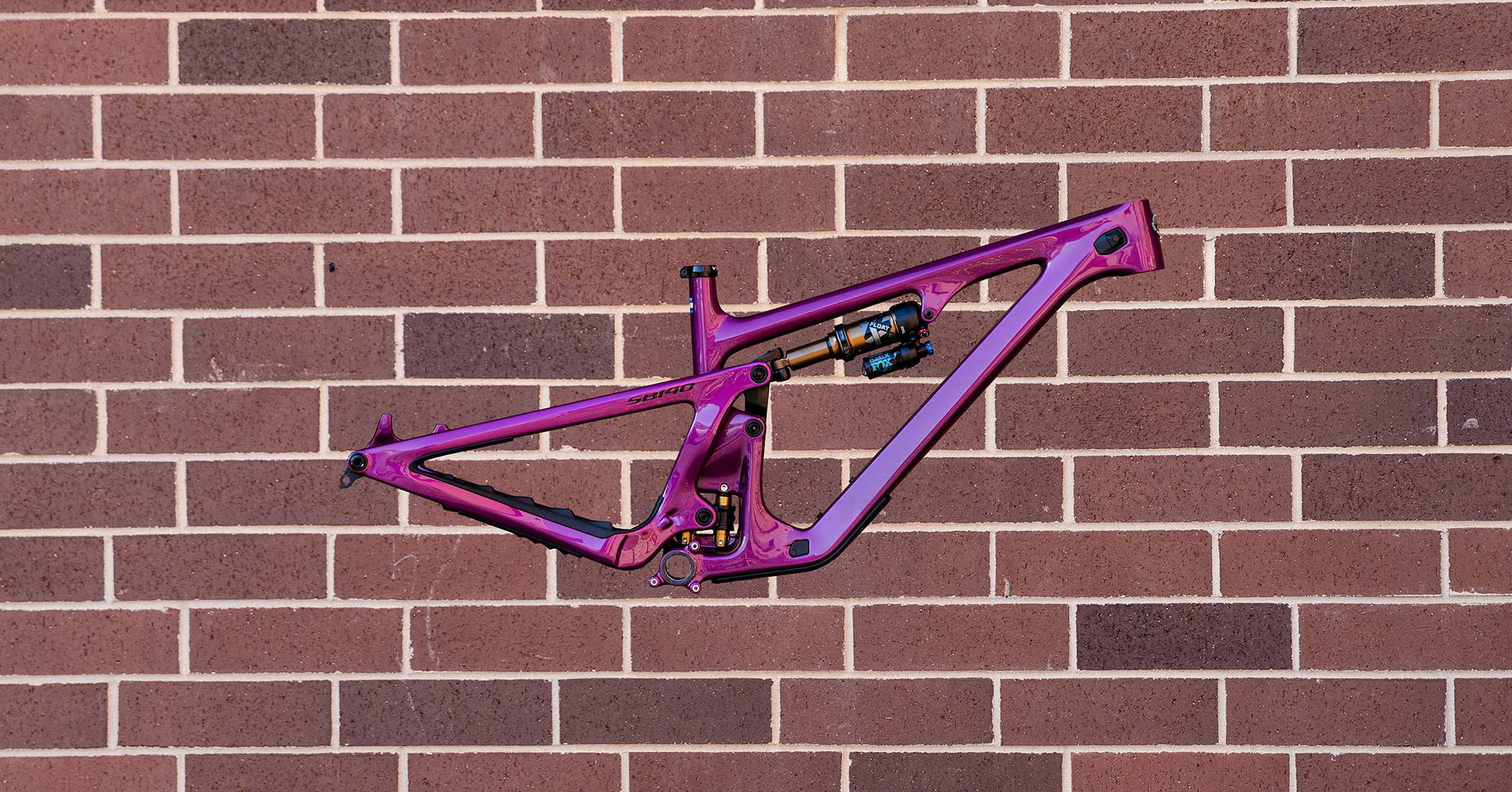 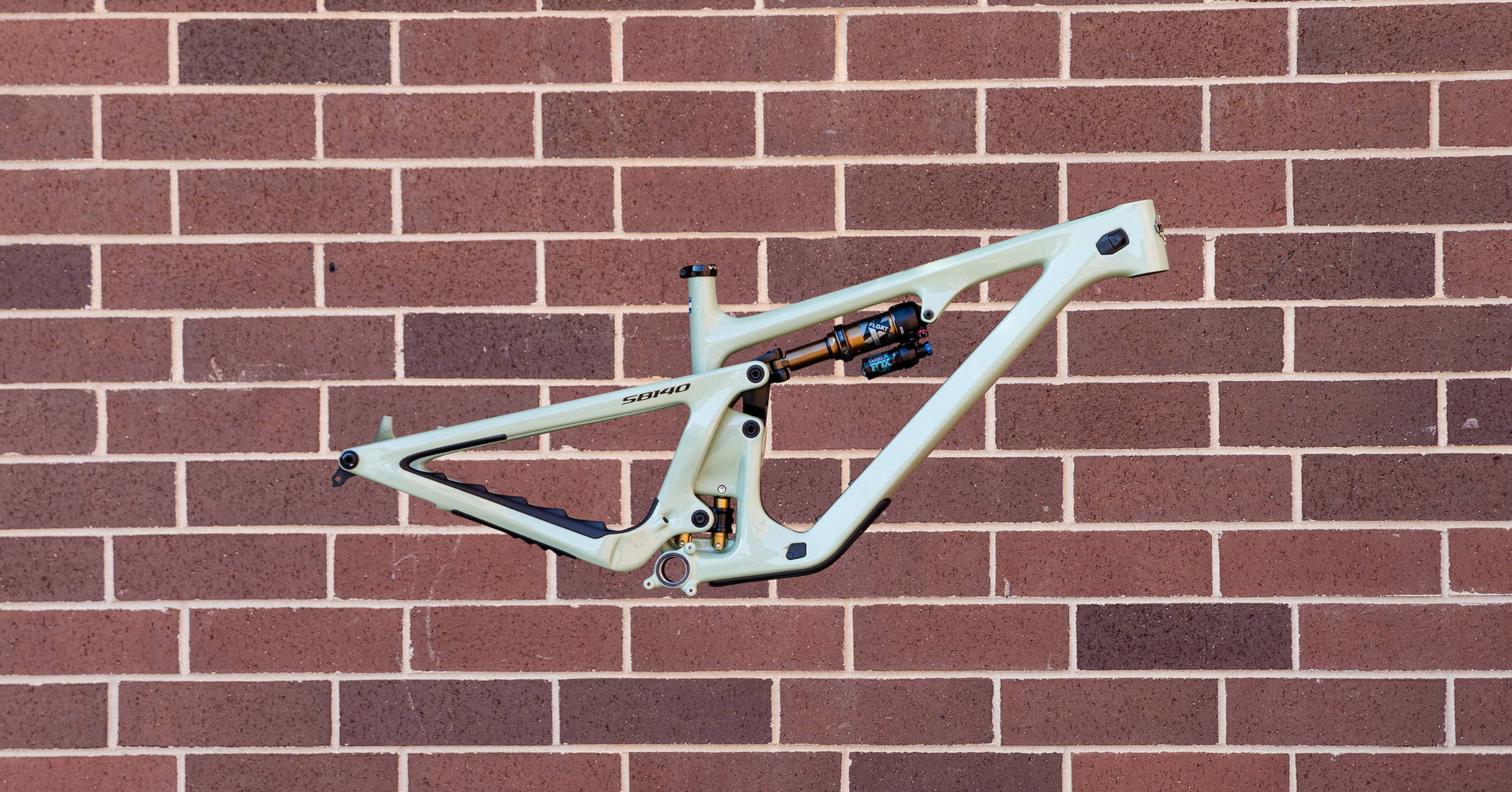 While in Golden, Colorado at Yeti HQ we got out on the new bikes and spent more time on the SB140 than the other bikes. Having spent a lot of time on the SB130 in multiple different configurations, I have a pretty good understanding of the platform. For the test we were on SB140 Lunch Ride kits, so we had the 160 mm fork, Fox Float X rear shock, Code RSC brakes, and a thicker rear casing tire. The SB140 has a very familiar stance and feel that you get from the SB130, but you could tell it was a little bit longer and quite a bit stiffer, even just in the parking lot. Heading out on the trail, the SB140 puts you in a very comfortable position for all day climbing, being able to cruise or get over the front to clear those tricky uphill sections. The SB140 doesn't get bogged down when stepping on the pedals for technical sections. While there is no scientific proof, the SB140 didn't seem to climb any worse than the SB130 despite the added travel and more aggressive geometry.

Once the SB140 is pointed downhill, it really comes to life. The improved pivots and Switch Infinity deliver an extremely smooth feel on trail that I felt helped give the bike tons of traction and eliminated some of the hang up that was sometimes felt on previous Yetis. The longer wheelbase wasn't really noticeable as a hindrance but the longer chainstays felt great at speed and provided a good balance on the bike. The extra few millimeters puts your weight in the middle and allows you to weight the front while not having to put in too much effort to do so. The SB140 can certainly take on more than the numbers might indicate, which is usually the case with most Yeti bikes. The SB140 would be the bike to grab for a trip without knowing exactly what you will be riding thanks to its climbing prowess and descending strengths. One thing that was also noticeable was how quiet the bike was. While all new bikes seem to be quiet, the SB140 felt extra quiet, with no cable noise or chain slap. 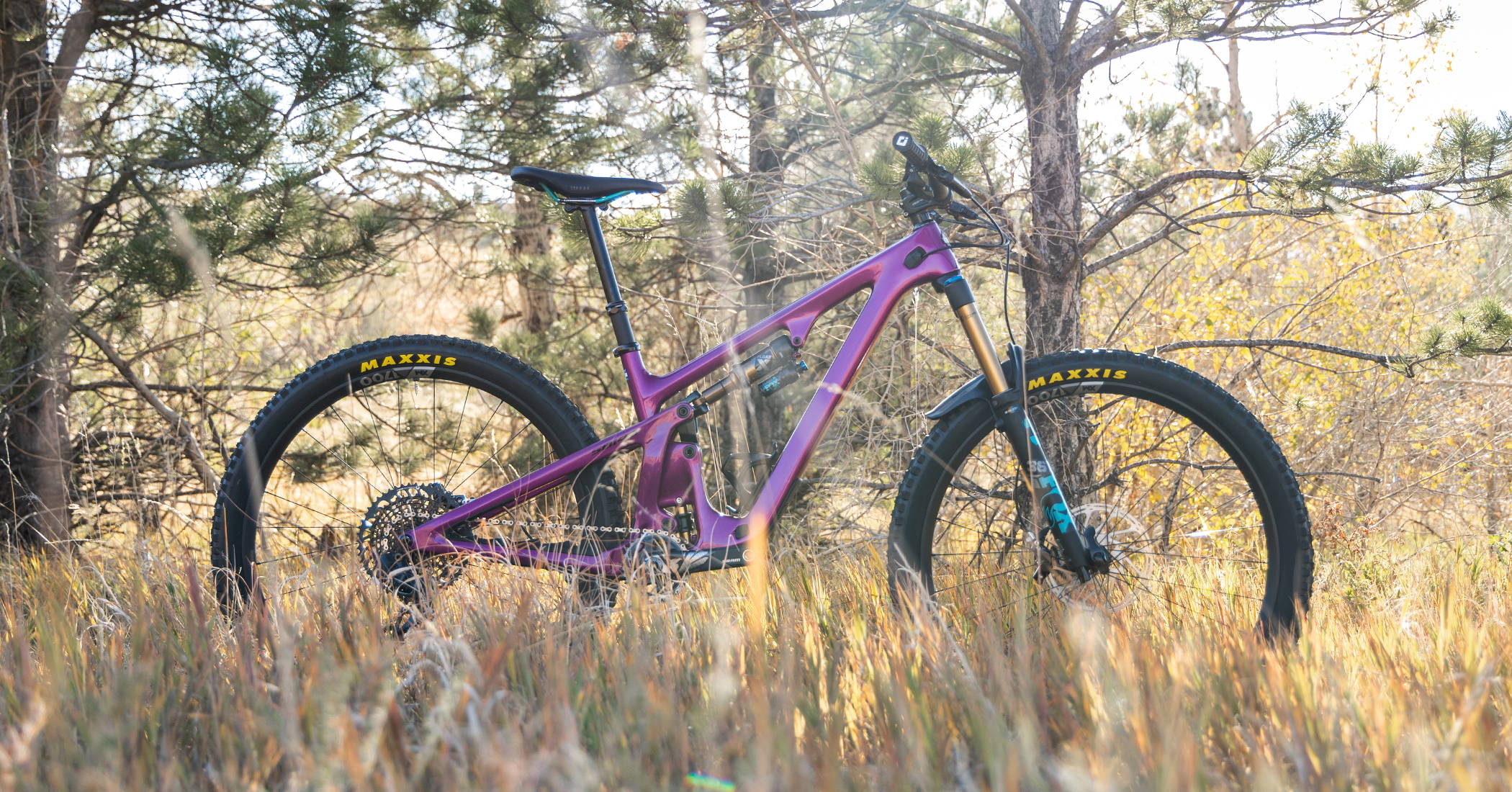 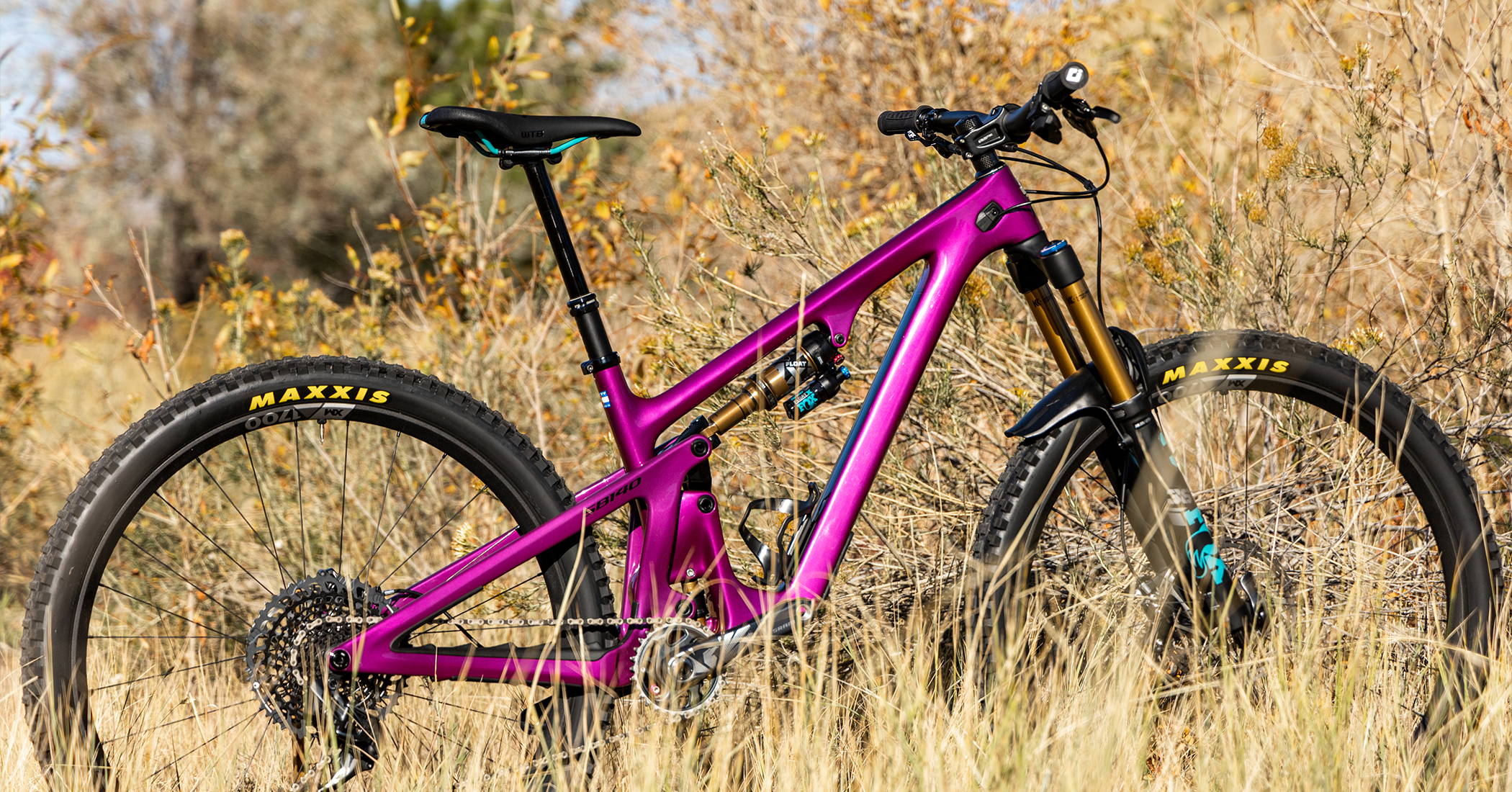 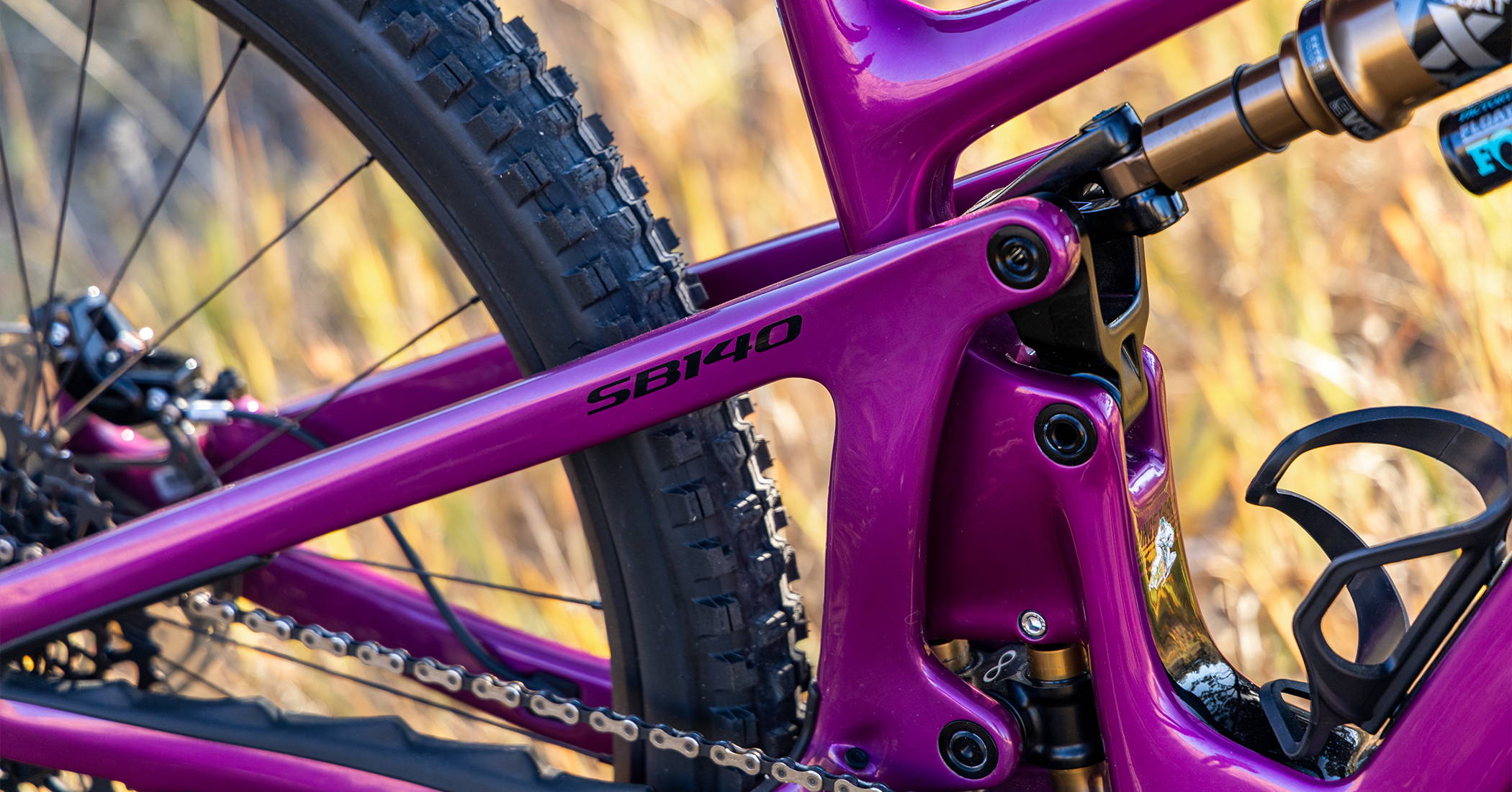 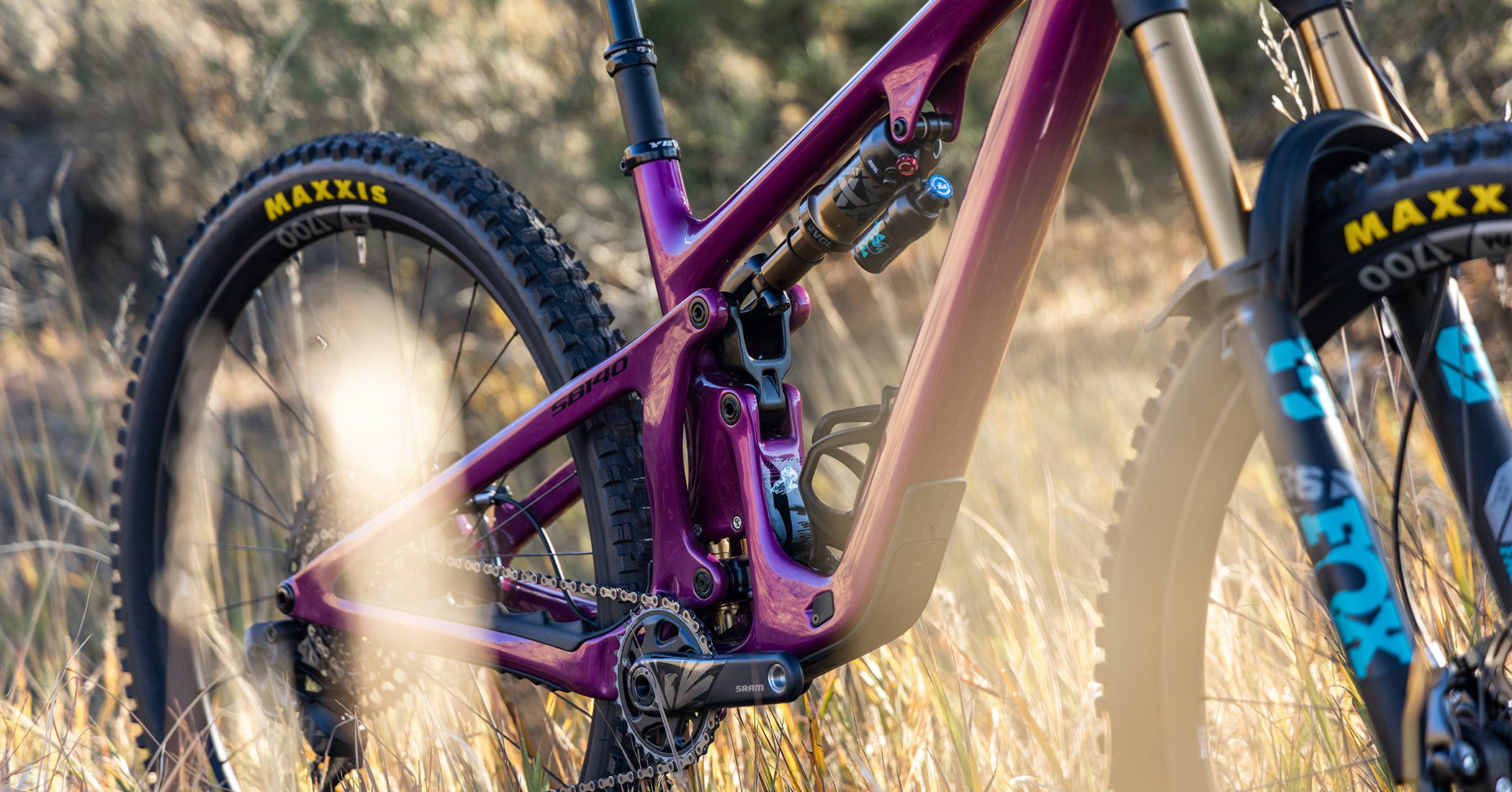 Following the release of the SB160 and the SB120, the latest bike in Yeti’s lineup, the Yeti SB140, gets all the same updates with highlights like a threaded bottom bracket, floating pivot axle design, UDH, and size specific chainstays. The SB140 carries on the legacy of the SB130 as the ultimate trail bike, crushing the uphills and absolutely slaying the downhills. It’s available in the normal SB140 version or the SB140 Lunch Ride, which gets you some burlier parts so you can ride it as aggressively as possible. We are stoked to see this update in the lineup. While it may be cliche, this could really be the quiver killer trail bike.

If you're one strange human and would like to read the transcript of the video above, continue reading below!

Ladies and gentlemen Feast your eyes on Yeti’s all-new sb140 [Music] what a week of bike releases it has been first Yeti blesses us why are we salt blessed with the SB160 then the amazing short travel 29er the SB120 and now the all-new trail slaying sb140 29er but not only are we getting the SB40 we are also getting the lunch ride so really we're getting two more bikes which is pretty awesome. Not only that but I think we should just applaud the fact that Yeti just released three all-new bikes in the last week which is super impressive, so well done guys. If you have seen the release videos for the other two bikes then you probably caught on to the fact that we did get to go out to Colorado and yes I actually did get to ride the sb140 lunch ride as well as Liam so we were super stoked to ride that bike also because we have both had 130s in the past and it was amazing to see the on-traill differences from the 140 to the 130. So without further Ado let's jump into the details on this all new bike.

Alright so let's talk frame details on the SB140. First off we've got obviously 140 millimeters of travel in the rear accompanied with a 150 millimeter Fork up front. The standard sb140 has a 65.4 head tube angle with a 77 and a half degree seat tube angle the standard sb140 has a reach of 465 millimeters on the medium 485 millimeters on the large and 510 millimeters on the XL bike. As far as the lunch ride goes the lunch ride also has 140 millimeters of travel but it's got a 160 millimeter Fork up front and with the Turq series bikes it has a grip 2 damper. The lunch ride benefits from a 65 degree head tube angle and a 77 degree seat tube angle - the reach is shortened on this bike by five millimeters so you get a 460 millimeter reach on the medium 480 millimeter reach on a large and a 505 millimeter each on the XL bike. The sb140 also benefits from size specific chain stays as do the other models with a 438 millimeter chainstay on the medium 440 on the large and 442 millimeters on the XL. As with the other new bikes that Yeti has released recently the 140 also benefits from an updated pivot design with a compact Wishbone shock extender as well as the threaded bottom bracket, increased down tube clearance, the Dual density down tube protector, srams Universal derailleur hanger, secured cable management as well as a shorter seattube to maximize the length of your dropper post. the sb140 has four colors to choose from: classic turquoise, raw carbon, sangaria, and Sage. Riding the sb140 on the trail out in Colorado was an absolute treat it was awesome to be able to tell the differences between the 140 and the outgoing 130 lunch ride that I have had previously and just really dissect all the differences that Yeti has implemented into this bike one of the first things I noticed was just the stiffness in the chassis and the lack of flex that this bike has I mean sometimes flex and compliance is good other times it's not in this case the stiffness of the frame was awesome you could really just feel how well the bike tracked over the terrain in addition to just how solid it felt all in all I would say on the trail between the updated geometry and all of the new features that yeti has added to this bike just really made for an extremely capable trail bike that pedals incredibly uphill and isn't afraid of anything on the descents which really is kind of the perfect all-around Swiss army knife mountain bike that a lot of people are after, so it was extremely rewarding to see all of these parts and the sum of those parts on the trail and see what an amazing bike the 140 really is.

As I've mentioned before, the build kits on these new models have changed a little bit since the models that it is replacing so if you would like to see the specs and the build kit for the regular sb140 go ahead and pause your screen now.

If you would like to see the build kit and specs on the lunch ride go ahead and pause your screen now.

That just about wraps this one up thank you all so much for watching if you have gotten this far please feel free to check out the article in the link below in the video description for all the Nitty Gritty details on this bike and if you feel so inclined if you enjoyed the video please consider giving it a thumbs up and subscribing to our Channel if you have any questions please leave a comment in the section below and like I said thank you so much for watching take care.