Revel Rail 29 - Review of the New Long Travel 29er From Revel Bikes We've All Been Waiting For!

IS THE RAIL 29 THE BIKE EVERYONE HAS ASKED FOR?

Having probably the hardest development period for a new bike right now during the supply chain issues, Revel has amazingly been able to produce this new bike - introducing the Revel Rail 29, the long travel 29er from Revel to complete their lineup. It's no secret that Worldwide Cyclery is a fan of Revel Bikes, of course, the bikes they make are some of the best full suspension bikes you can ride but the crew there is also what makes this brand so awesome. Having 3 amazing models in their line right now, the Ranger, Rascal & Rail there was one missing that I've personally been itching for.

Why are we so excited about this? Have you ever ridden the CBF suspension design? These two links mysteriously have some trickery tuned into them, when we first rode the original Rail, a 170f/165r travel 27.5” wheeled bike we were blown away by how well that bike was able to ride everything. From climbing both fire road and technical single track, do going down anything you wanted, it was an incredibly versatile bike that wanted us craving for a 29” wheeled version. Now everything you loved about the Rail 27.5, now with bigger wheels! 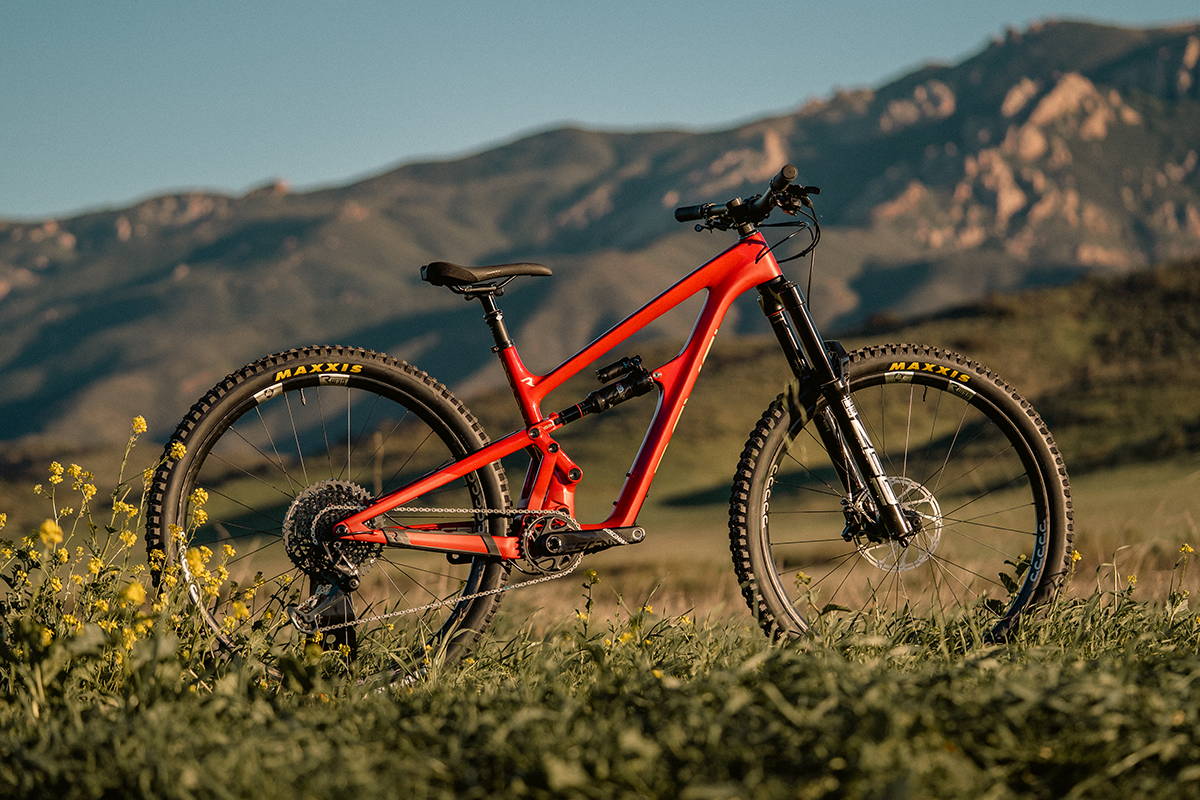 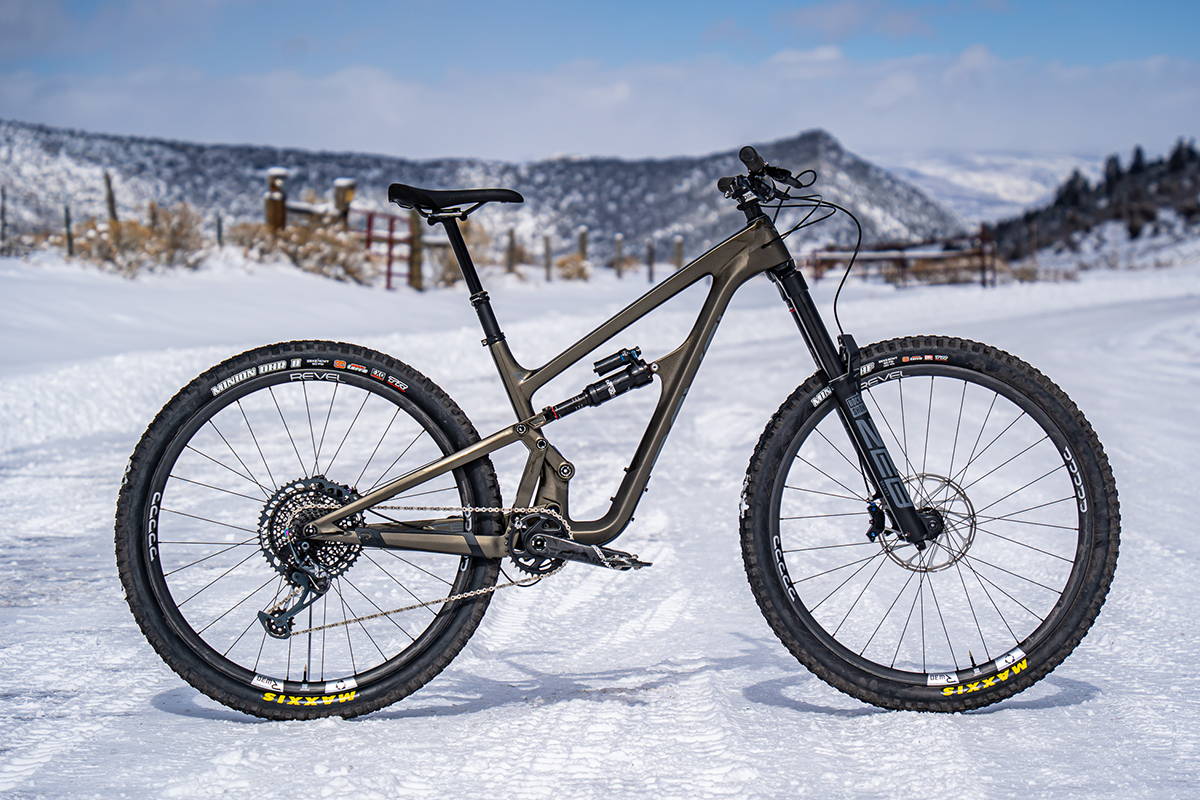 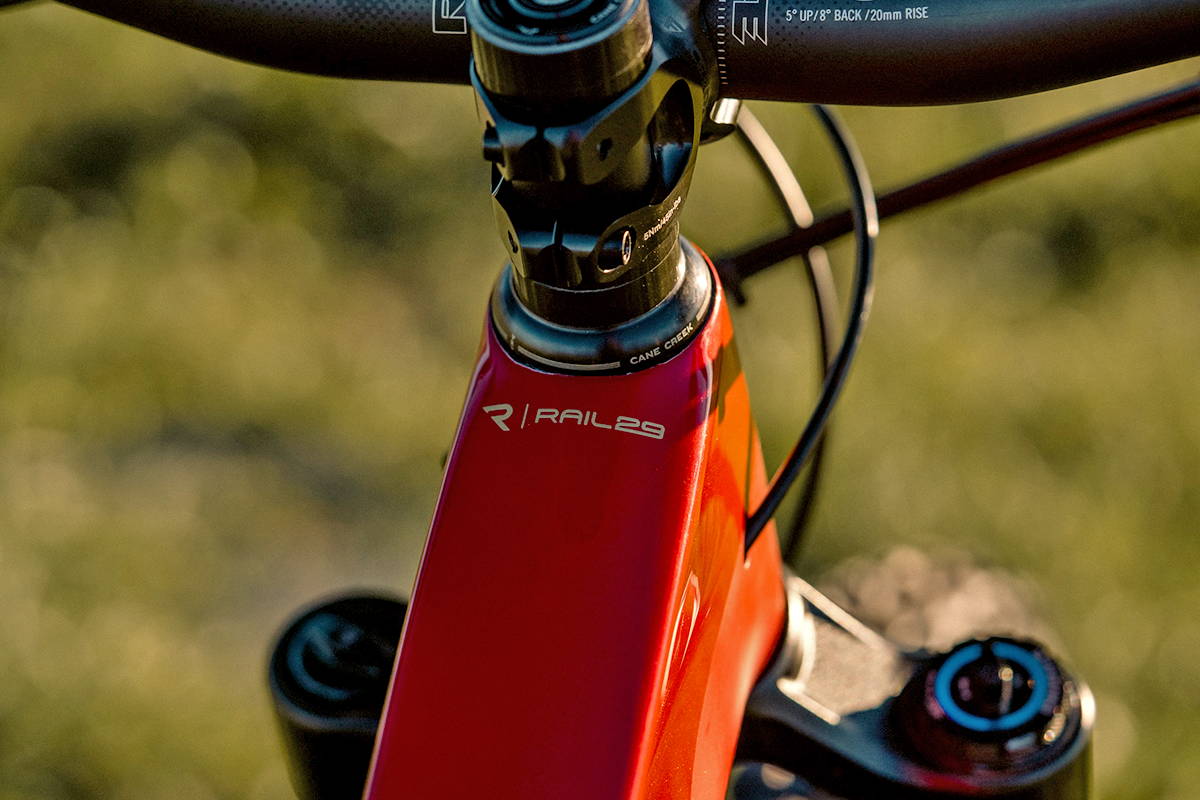 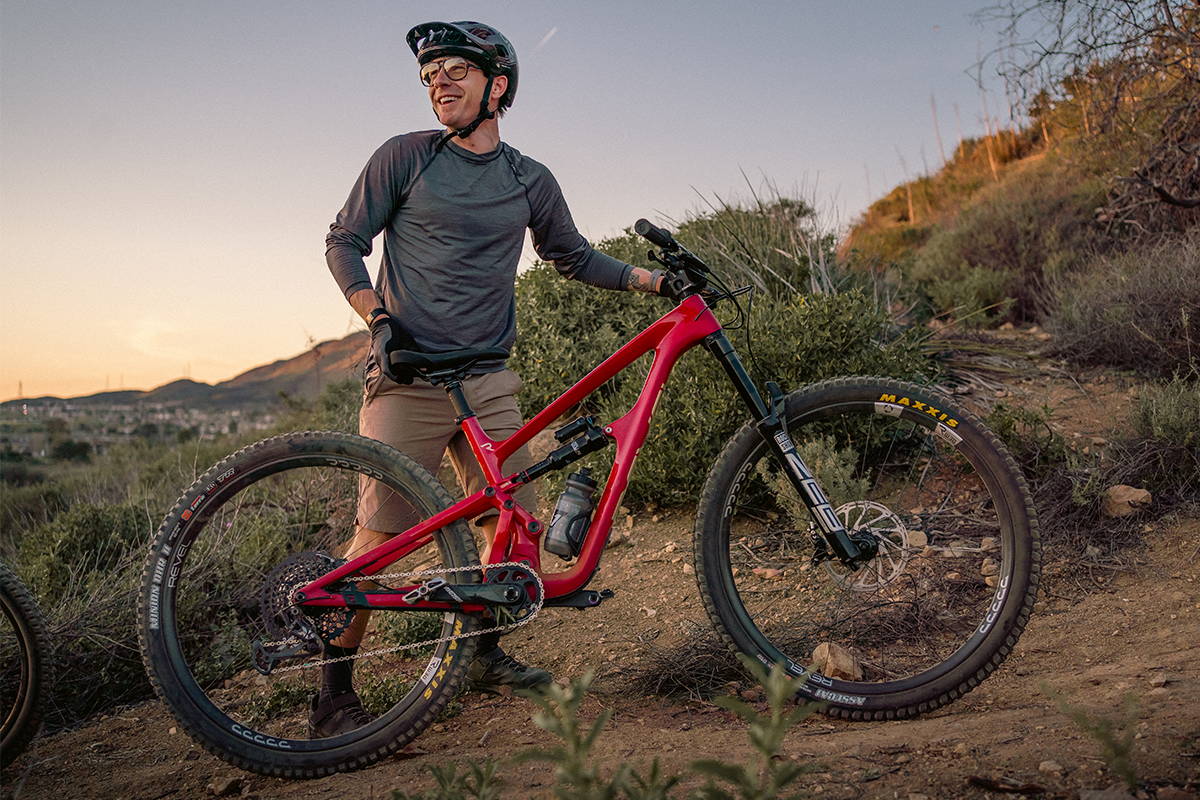 Well let's start with what kind of travel the Rail 29 is rocking with, we have 155mm of rear travel that articulates around the CBF Suspension platform. Upfront the stock fork spec is 160mm travel, but can easily bump up to 170mm travel for a little more party. All of the other numbers I talk about will be based around a 160mm fork unless noted otherwise. One of the first things I want to talk about is the completely redesigned linkage hardware, this is a huge improvement mostly from a serviceability standpoint but also from a durability standpoint as well. Now all the pivot linkage uses a 6mm hex key to take everything apart and you also do not have to remove the crankset as well. Coming from a mechanic myself, that is huge! I love to see when brands think about the consumer and mechanics that will be the people working on these bikes. There are also bigger bearings at all the pivots with increased durability and better seal spec. All of these things come into play down the road so you know Revel wants their bikes to ride like new for as long as possible. There are also some other frame updates as well that improve on some of their previous bikes, like the use of a shorter shock yoke to make the rear suspension work better with coil shocks, the introduction of their first bike with ISCG-05 tabs, having a SRAM UDH on the bike, custom rubber molded chainstay protection and better seatpost insertion for longer dropper posts. 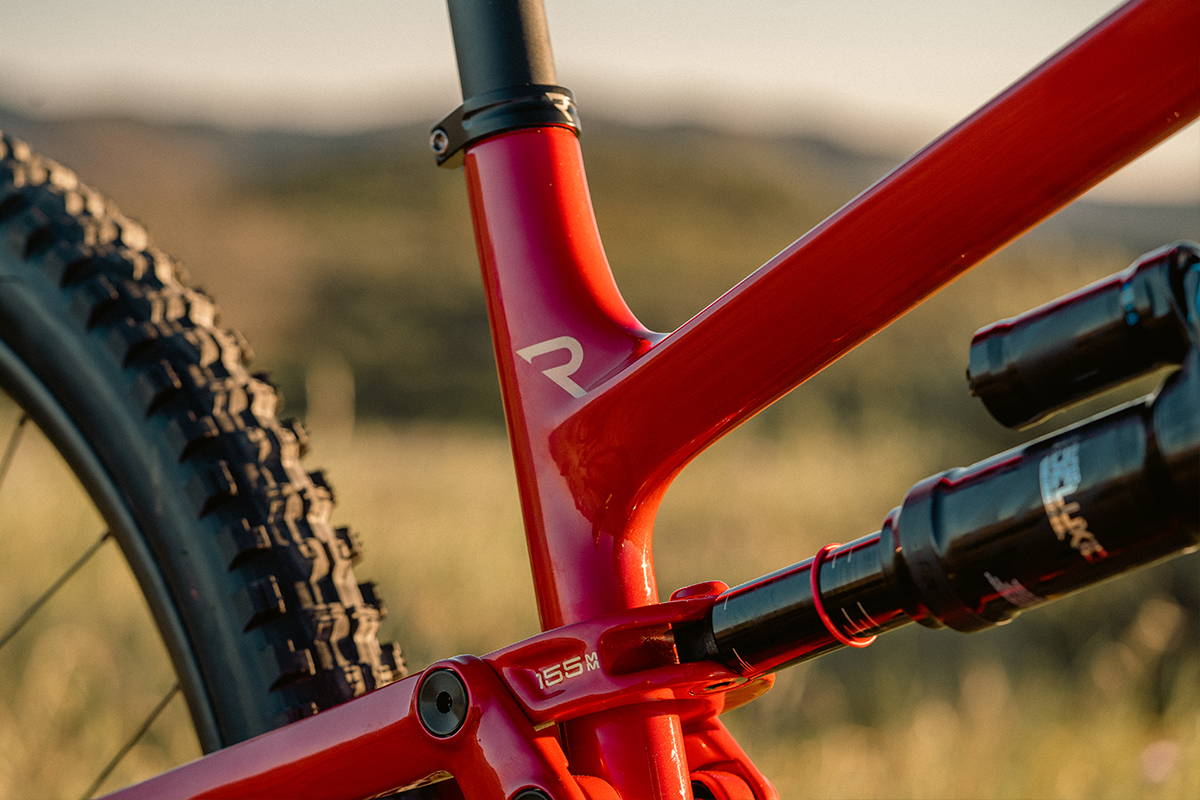 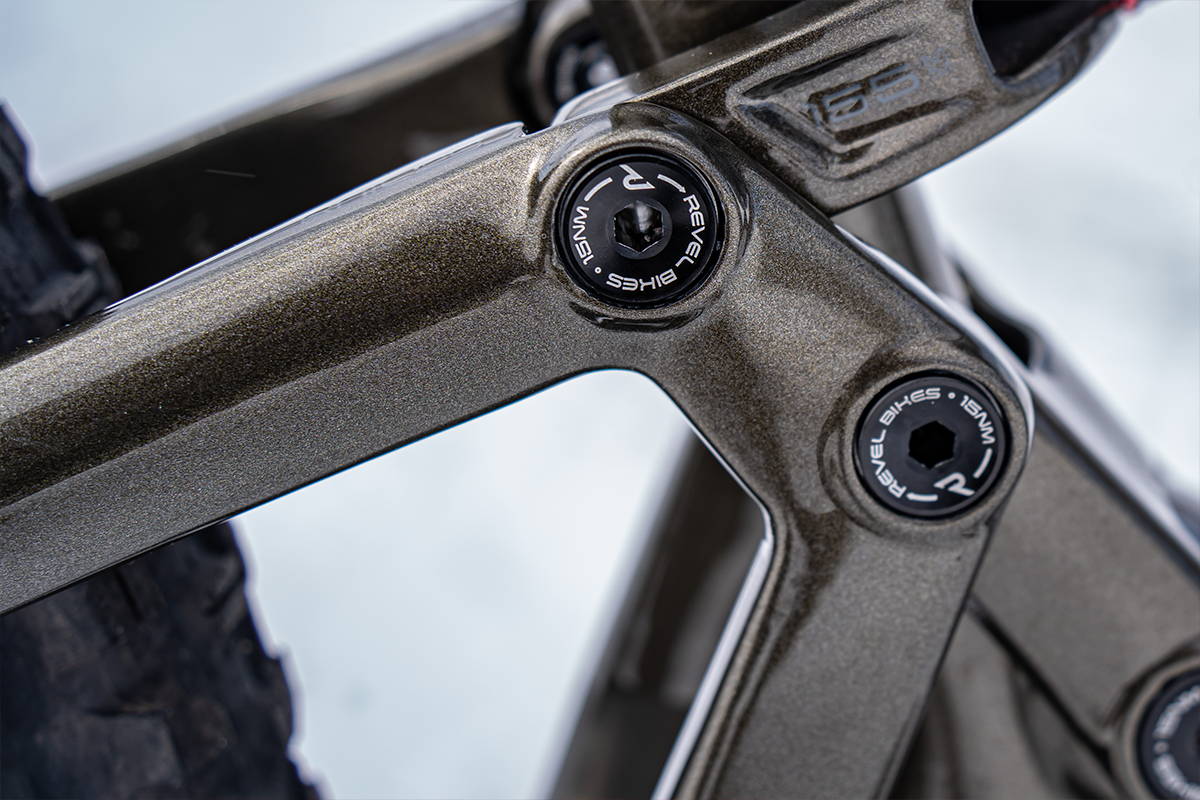 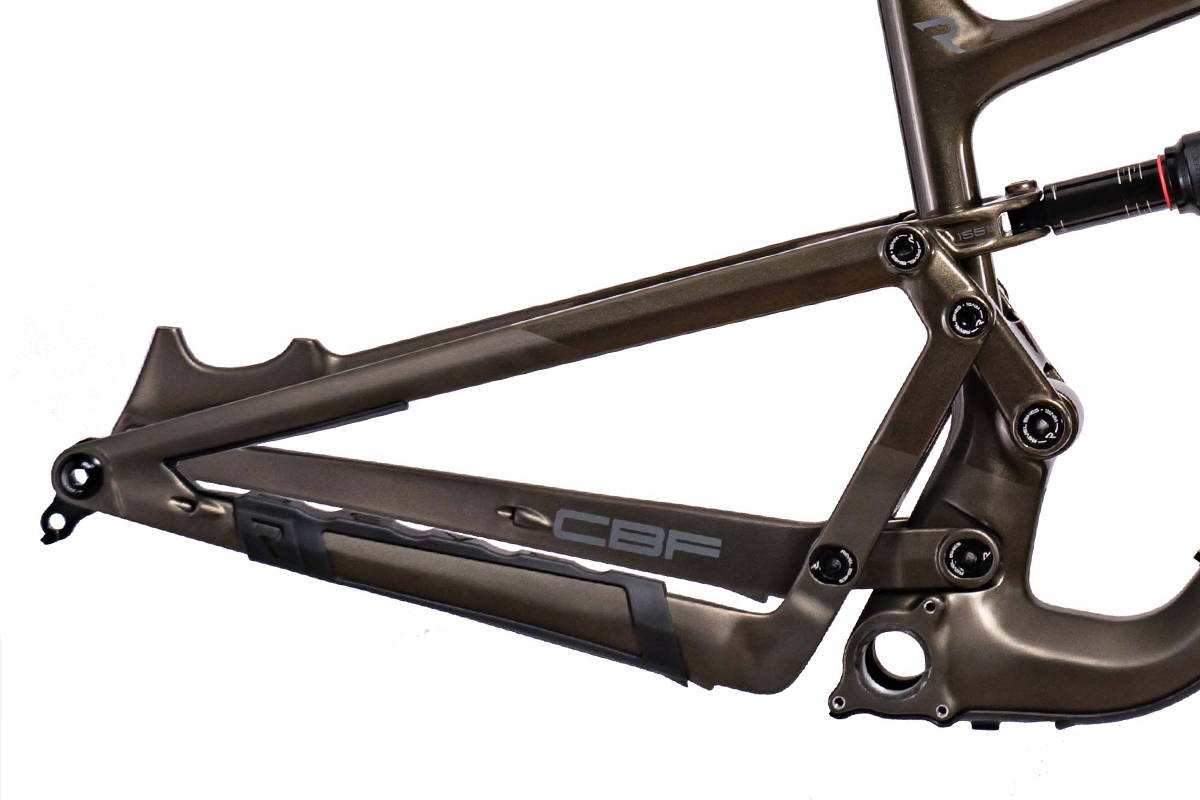 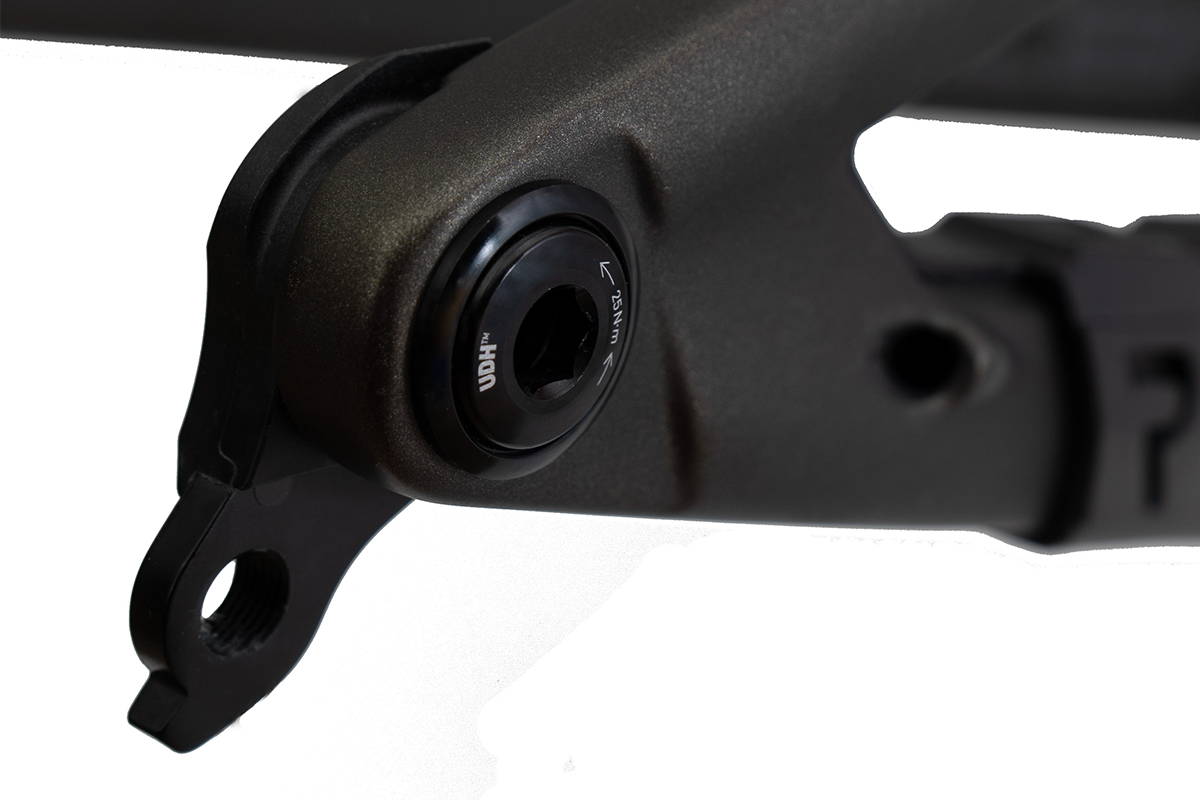 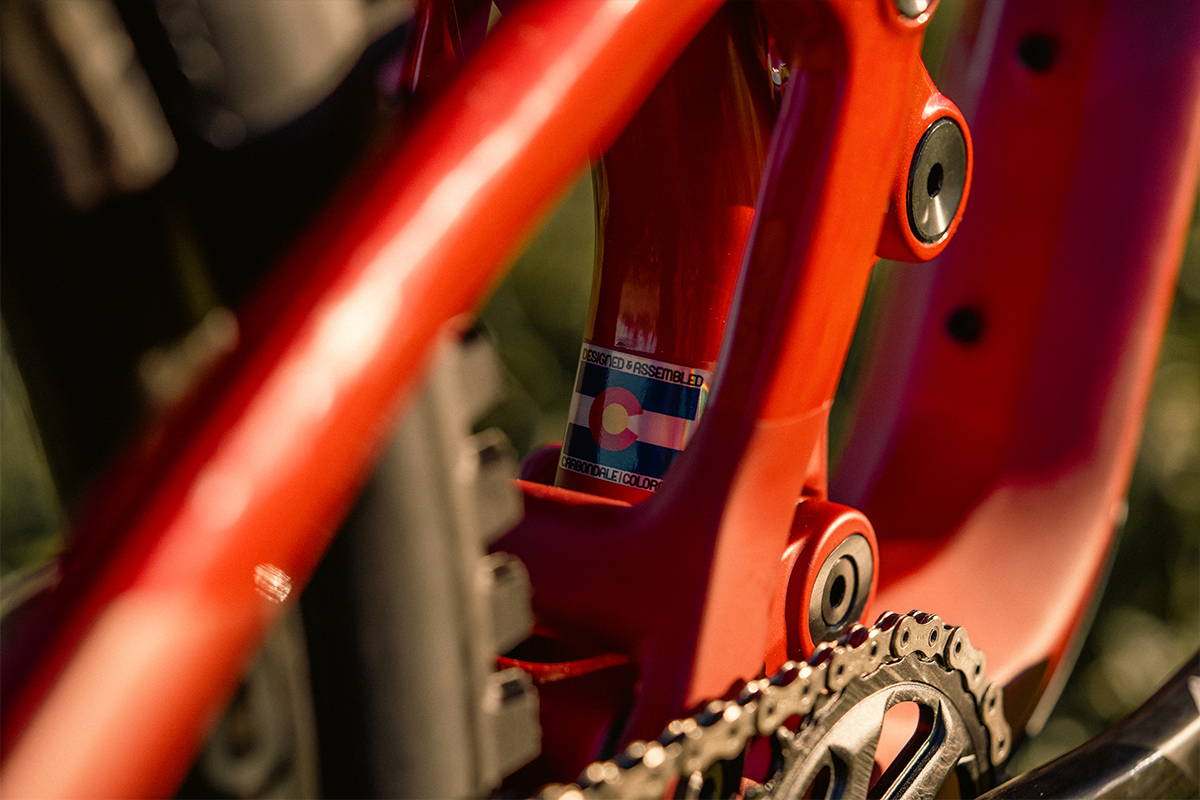 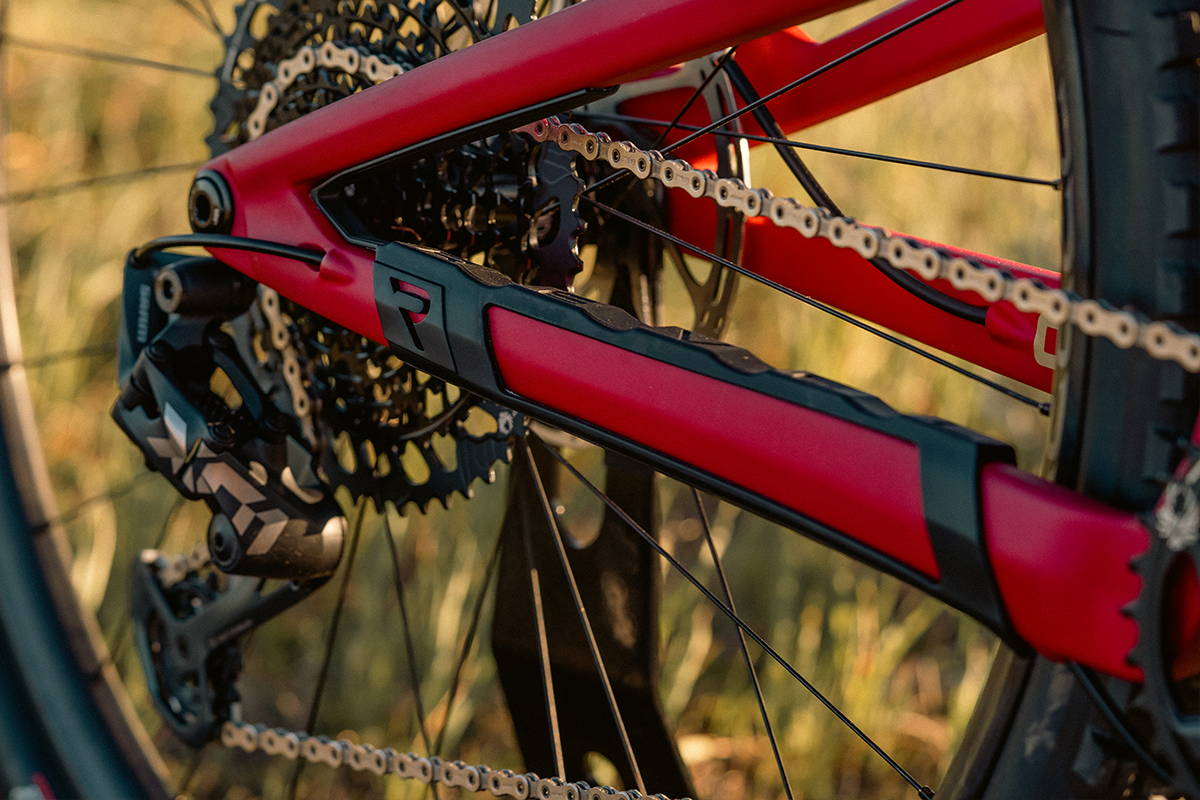 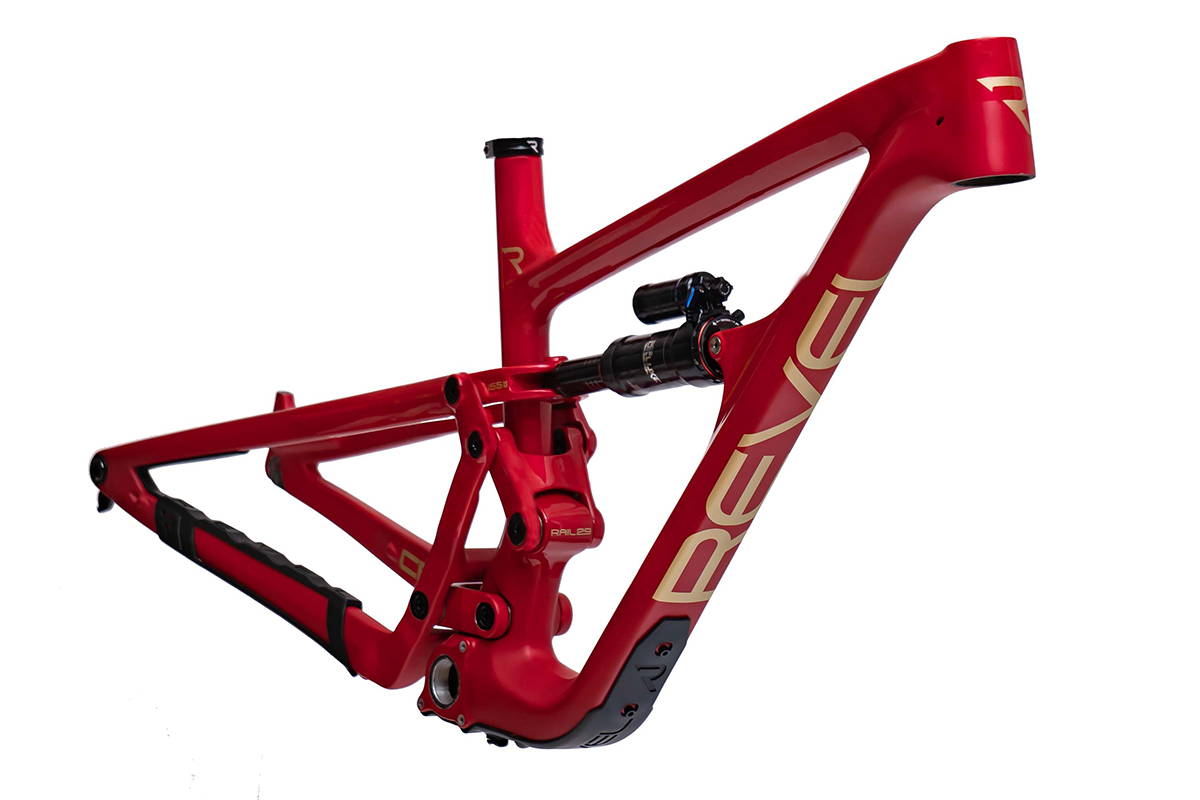 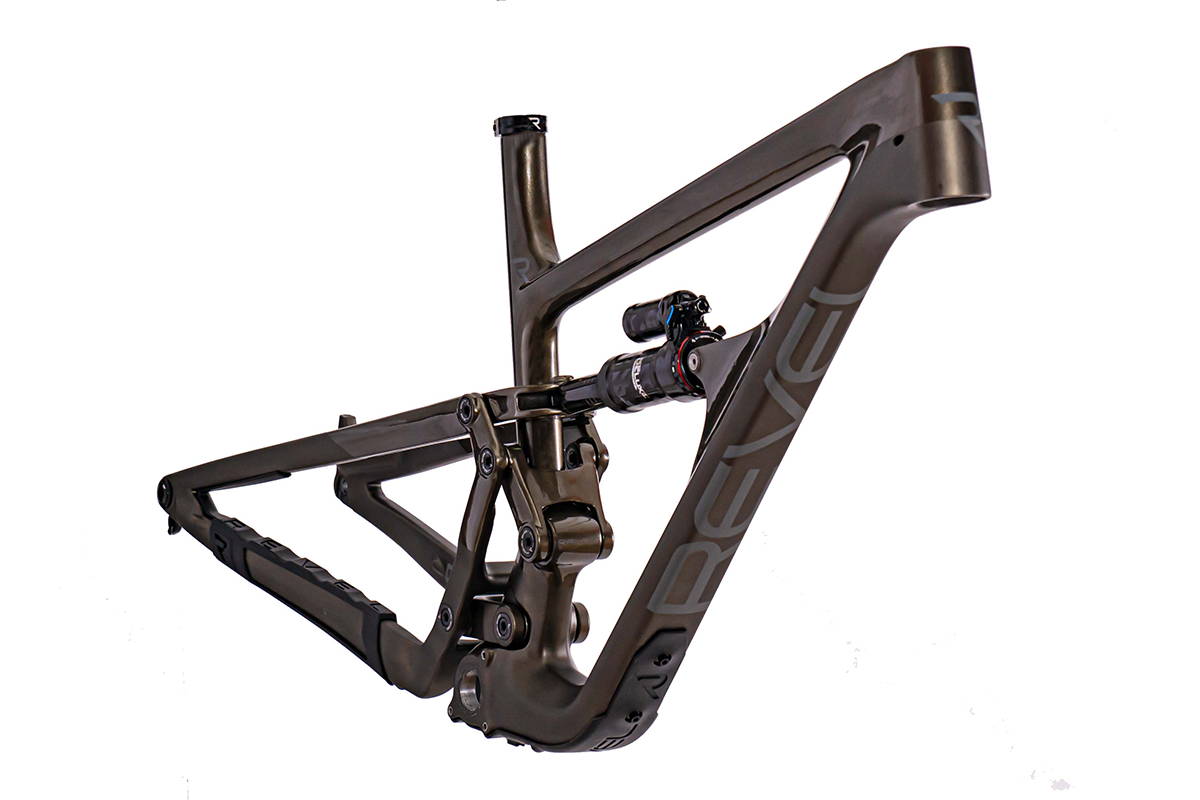 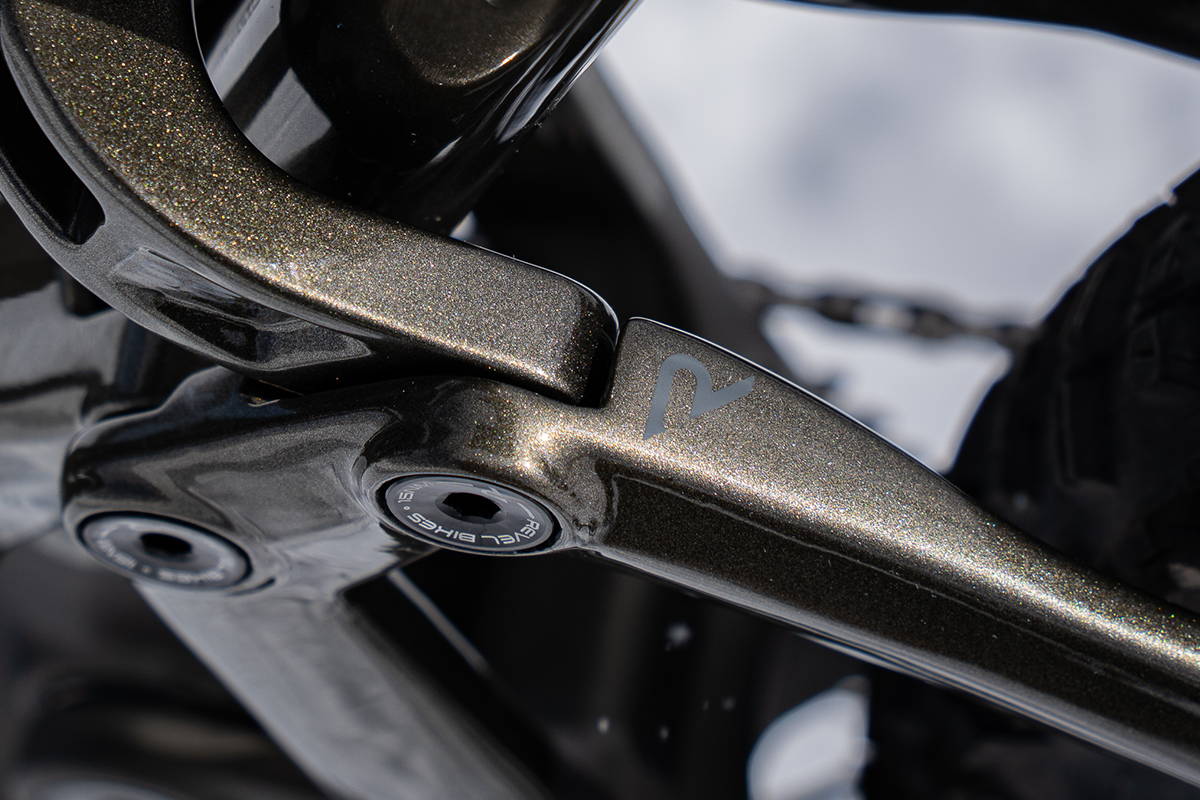 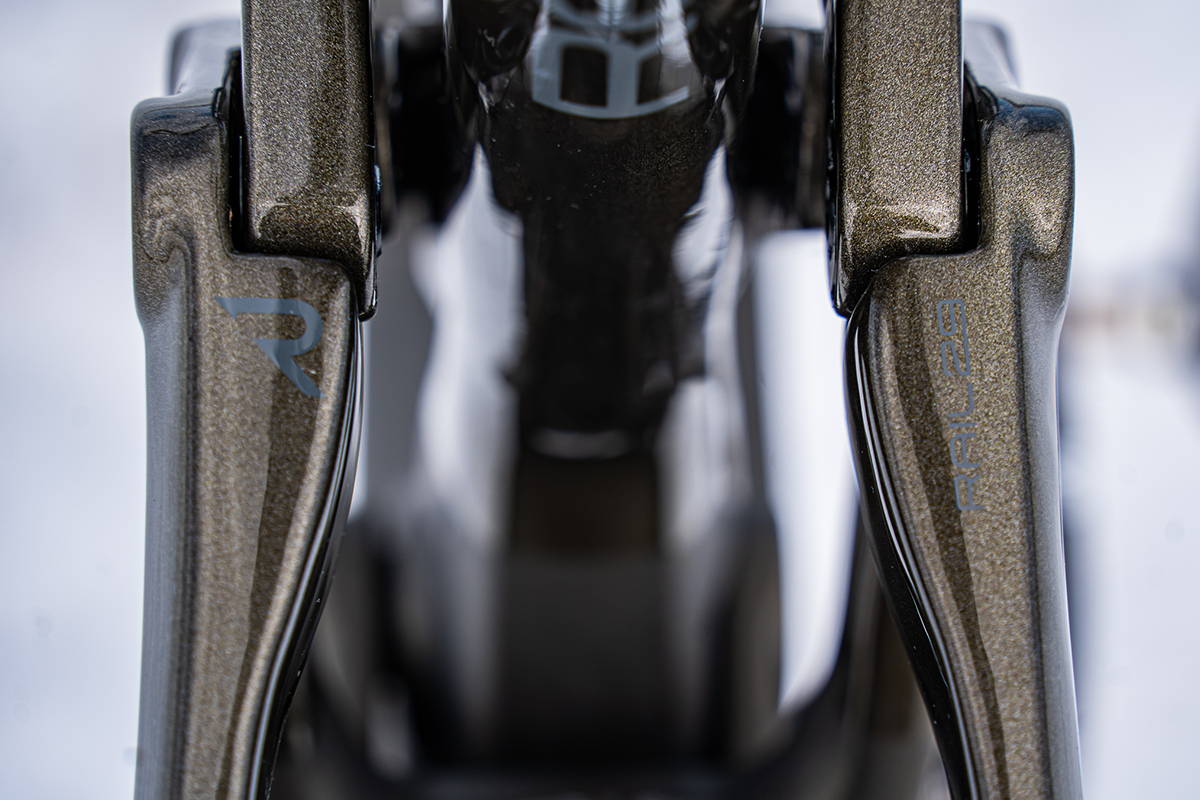 The Revel Rail 29 strikes the balance between modern geometry and not going too far, I personally think this works for a much larger range of riders than having the longest slackest bike in the category. There is always a place for that, but bikes like the Revel Rail 29 end up riding better over more terrain than a bike that is on the extreme side of geometry. That's not to say the Revel Rail 29 is conservative, having very similar geometry to the Yeti SB150 or Santa Cruz Megatower. The Rail 29 has a 65 degree head tube angle and if you choose to run a 170mm fork that drops to 64.5 degree, both of those numbers are right in line with the SB150 & Megatower. The Rail 29 also has a 76 degree seat tube angle, a 436mm chainstay length, with reach numbers at 447mm & 469mm in size medium and large respectively. So still a very modern geometry but staying very neutral when it comes to the long and slack game. 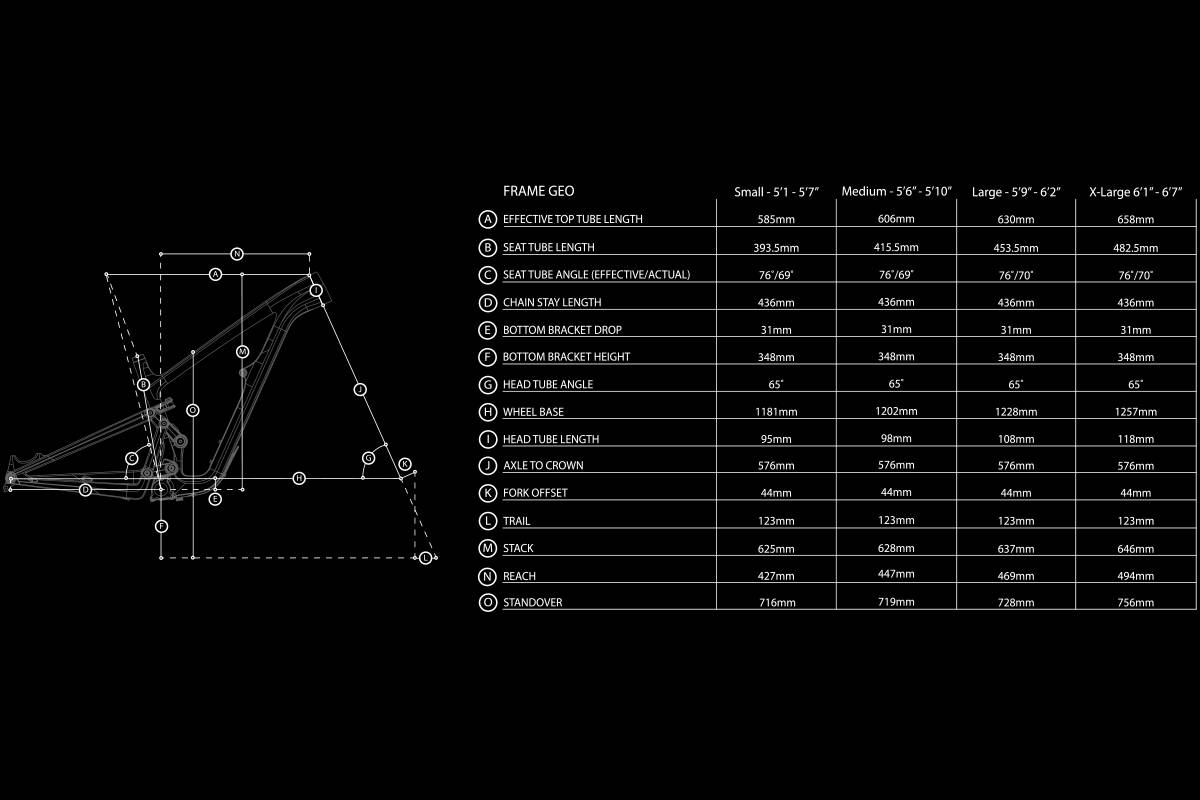 There was no doubt I was extremely excited to ride the Rail 29 after hearing about it for months and seeing some samples last summer at Revel HQ in Carbondale, CO. I couldn't stop thinking about how much potential a bike like this could have. I’ve spent a lot of time on Revel bikes, especially the Ranger. With the Ranger being my favorite all around short travel bike, knowing what that bike can handle and how the original 27.5” Rail rode, made the allure of the Rail 29 even greater. The riding traits of CBF are almost magical. When you first hop on the Rail 29 and do a quick suspension setup, 30% sag and start at the fork's PSI suggestion, the bike feels plush and would make you think it maybe won’t be the best climbing bike, but you know what they say when you assume.... Much like the other Revel bikes, the Rail 29 makes itself a very efficient climber with the CBF suspension platform.

I headed out on my first ride at 30% sag and while on smooth fire roads there is a little suspension movement, but once the Rail 29 gets into some more rough climbing terrain or technical singletrack the bike starts to shine. It’s a weird feeling when you put down some power while climbing. The bike springs to life and feels very efficient, yet it’s still able to soak up bumps and rocks in the trail. You drop a gear and you can immediately feel the suspension help propel you forward instead of sag into the bike’s travel like many longer travel bikes do.

The climbing position is very neutral as well, having a steep enough seat tube angle to get your weight forward but not so steep that you are on top of the bike. While extra steep seat tube angles are great for huge bikes and spinning up fire roads, I feel as though they don’t pedal well in all conditions. It’s really noticeable in technical terrain when you are so far over the front that it's hard to maneuver the bike. The Rail 29 does a great job getting you in the bike with a very comfortable position while still not being over the back wheel. Initially, the crew at Revel said the Rail 29 might pedal as well as their mid travel Rascal and I have to agree. While it's hard to do an apples to apples comparison, the Rail 29 is extremely impressive going uphill and I would easily choose this bike for a huge all day ride where the downhills might get rowdy. 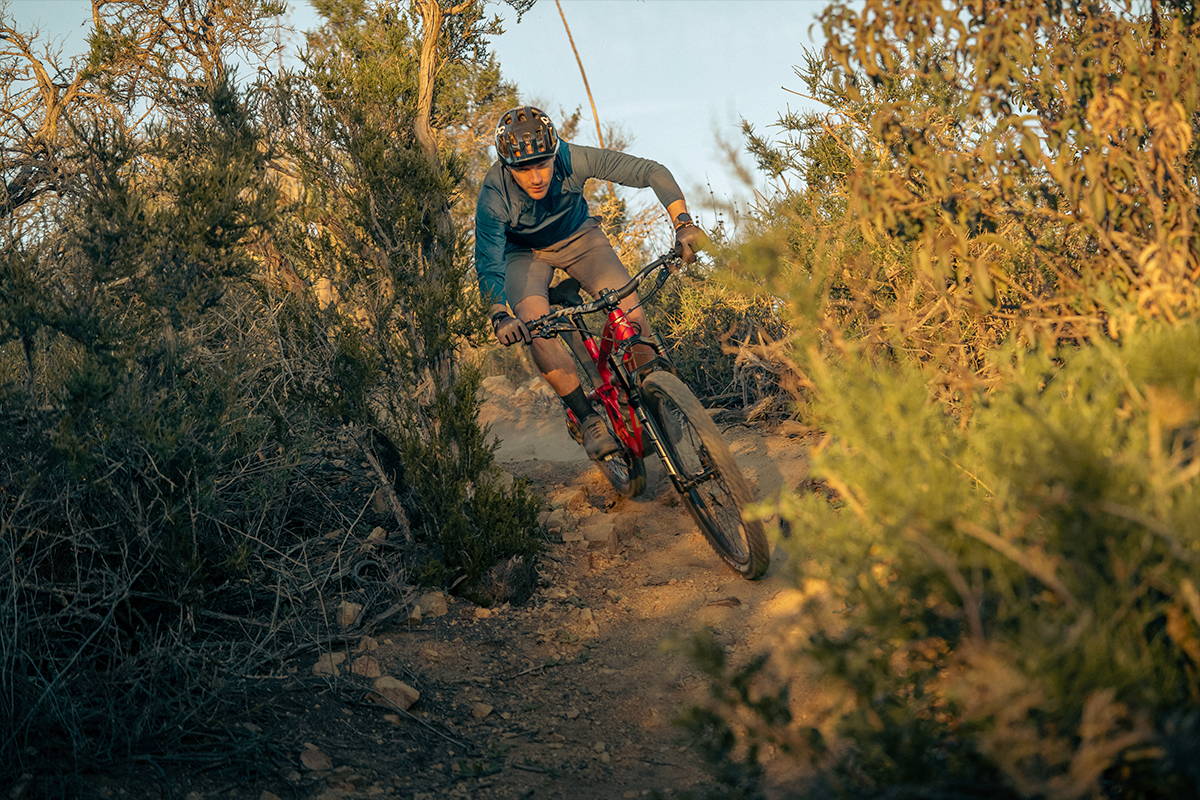 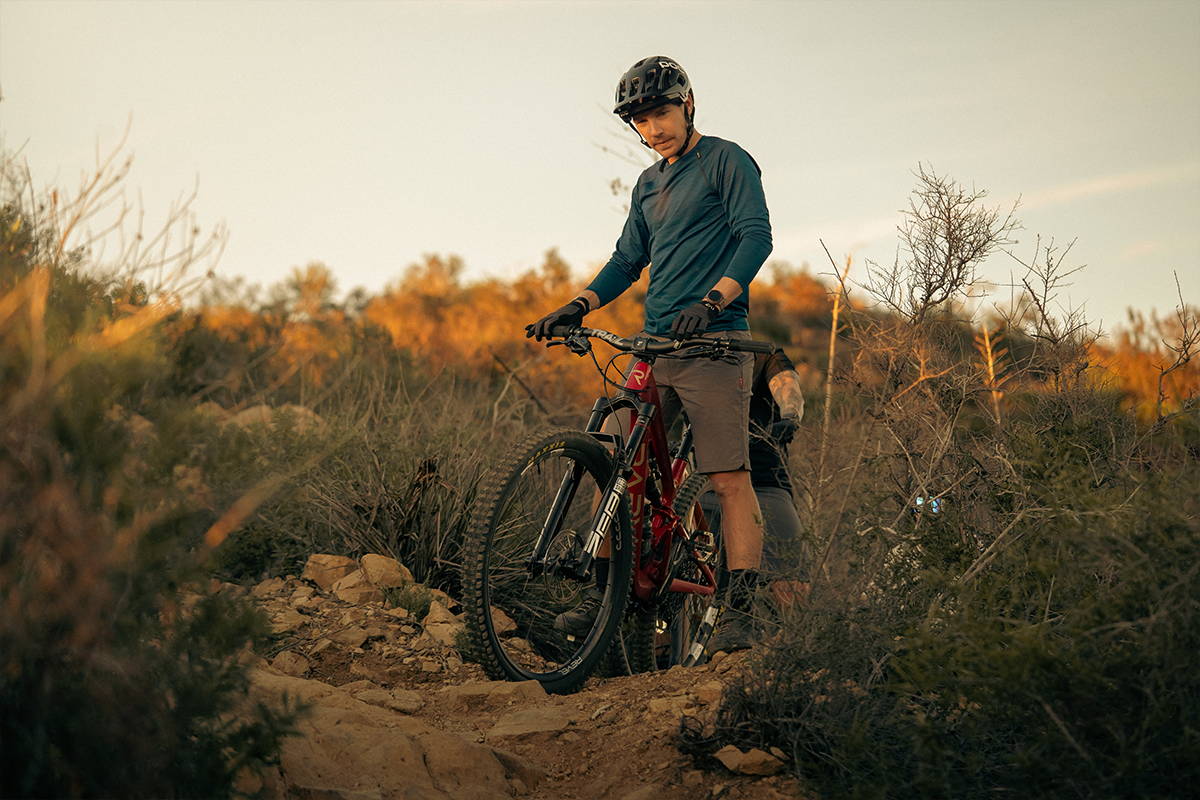 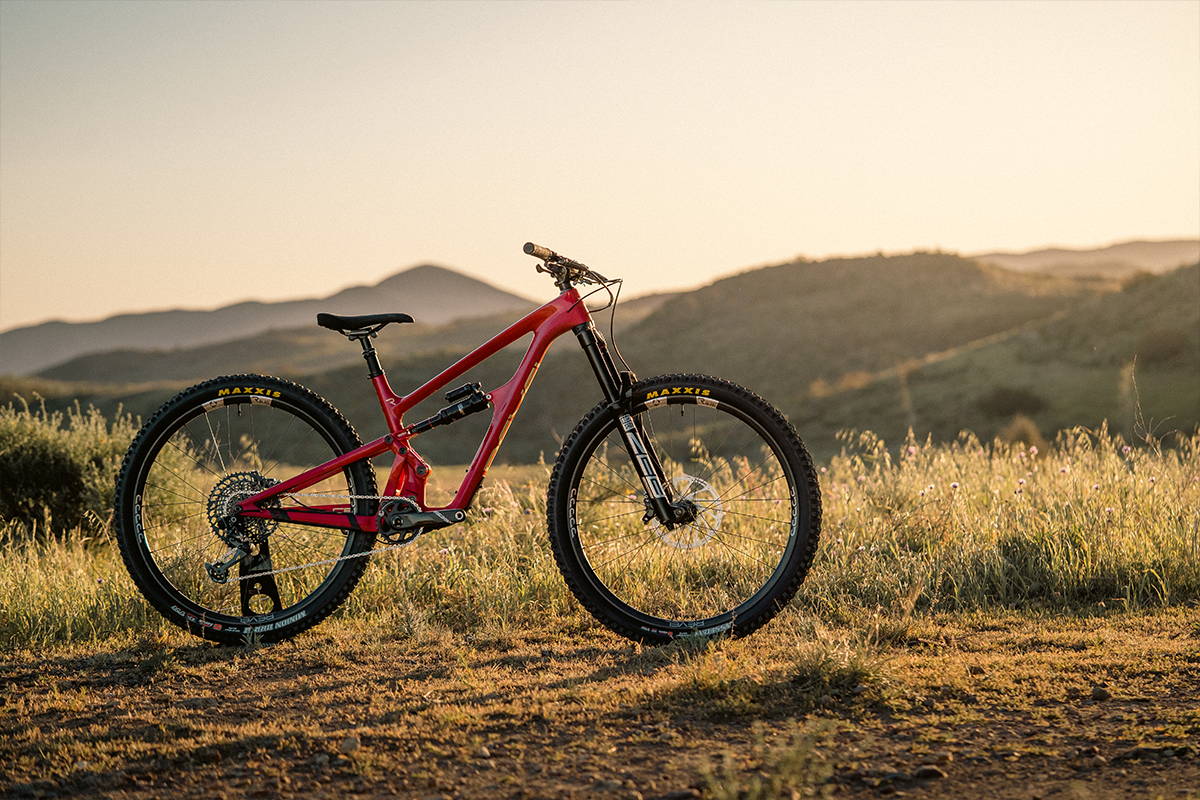 Speaking of the downhills, that is the point of a bike with 155mm rear travel, right? The Rail 29 test bike came with a Rockshox Zeb at 160mm up front, so I immediately knew what to expect in the fork department. Riding the same 30% sag at the rear, the Rail 29 started off its downhills as very composed, with a feeling of easy riding right off the start. You feel confident right away that this bike will not do anything crazy you don't expect. This is a different feeling than some of the other longer travel bikes like the Yeti SB150 that often feel a little awkward and stiff at first before you really learn to ride it. This is not the case with the Rail 29. The bike tracks so well through consistent chatter like braking bumps or rock gardens, soaking up those hits while still staying supportive.

Once you get into some of the bigger hits, the Rail 29 still holds its own there, along the lines of many other bikes in this category, but it might not be where the Rail 29 shines. That is with the stock shock tune, volume spacers and 30% sag. On the first handful of rides at 30% sag, I found the bottom of the travel quite a bit. While it was never harsh or caused any issues, I could tell I was using up the travel a bit too fast. So I added a few more PSI and ended up at about a 27-28% sag. This helped the bigger hits feel more settled and ready for the next drop, jump or rocks. I didn't feel much difference in the small bump feel that the Rail 29 is so good at having with a little less sag, but for my long term test I'll be adding a volume spacer to the shock and go back closer to 30% sag.

As a whole, the Rail 29 might be one of the best all-round long travel bikes I have ever ridden, making it a blast to ride anywhere and for a huge group of riders. So many bikes that are coming out now are so specific to one thing like racing, taking the square edge hits (high pivots), or are so long they are awesome on fast trails but can’t corner. The Rail 29 works well everywhere: climbing, technical terrain either up or down, repetitive chunk or the big hits. Nothing is too far out of its element and it's certainly a bike you can grab and go ride without giving too much consideration to whether or not it’s the best bike for that terrain. It’s a refreshingly simple approach to a bike versus the many others that might try just a little too hard. 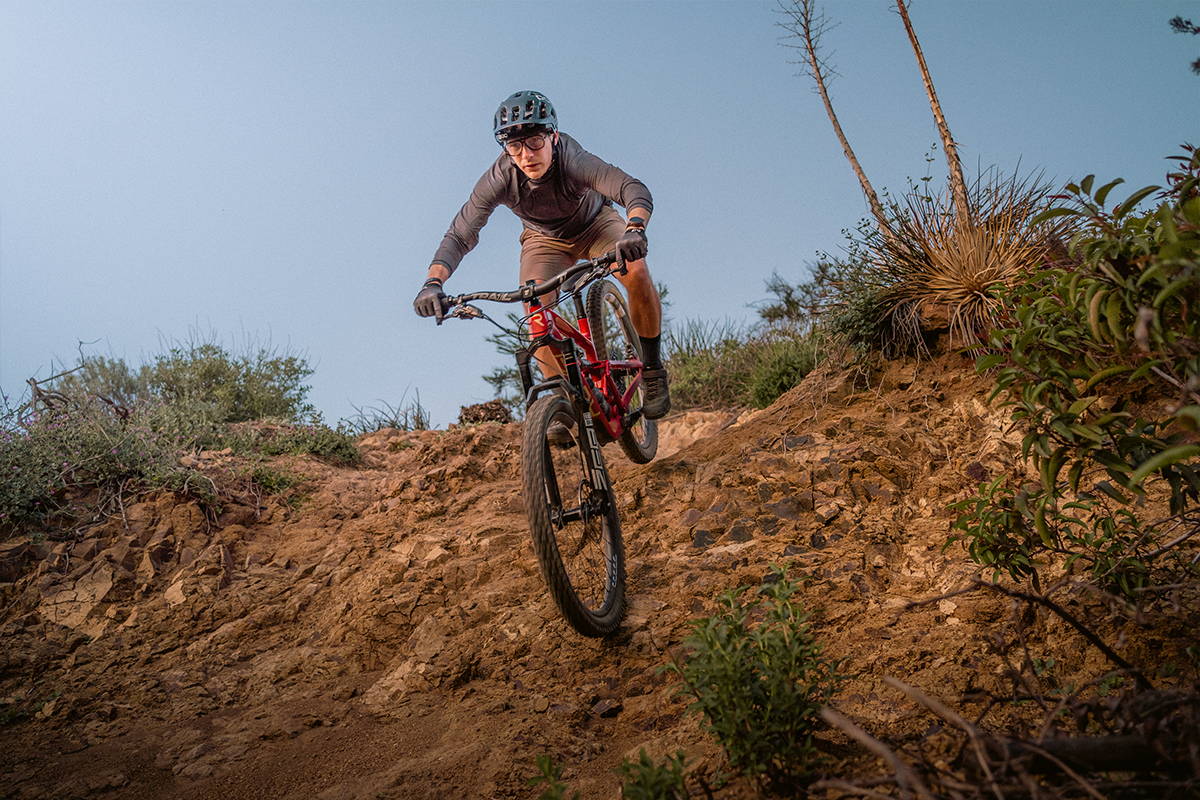 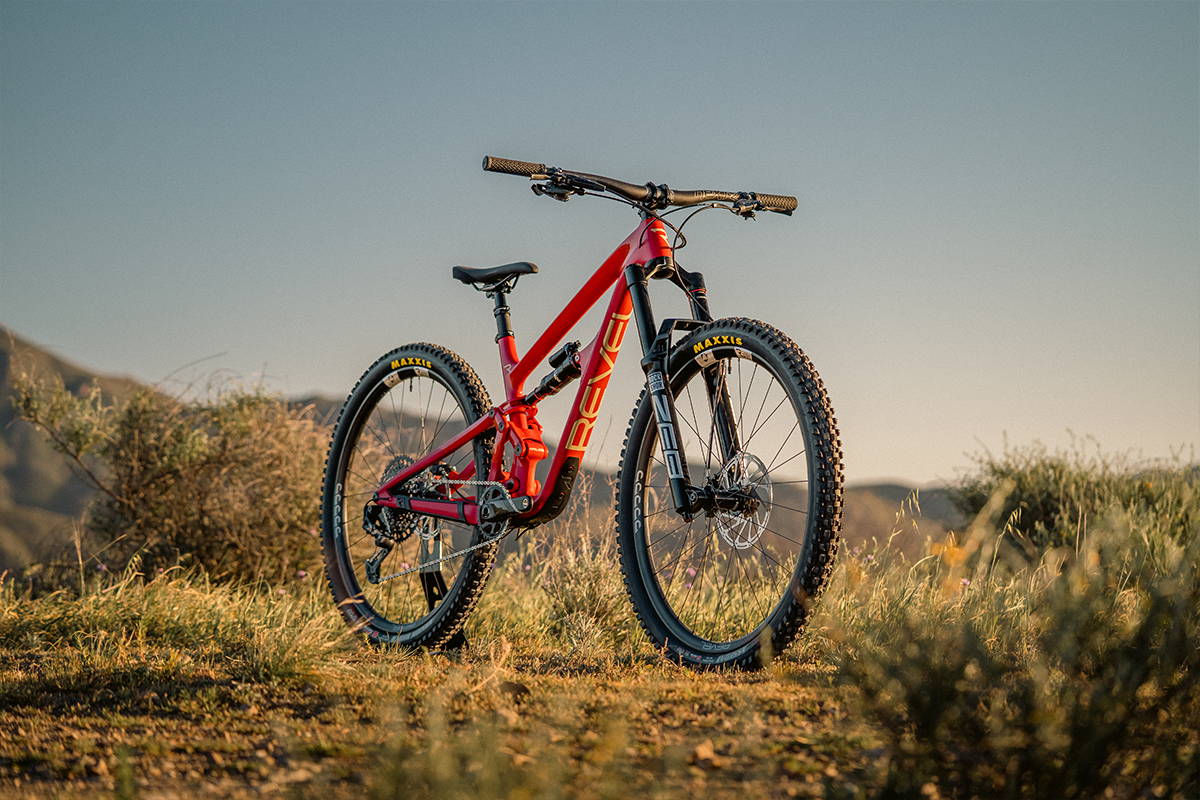 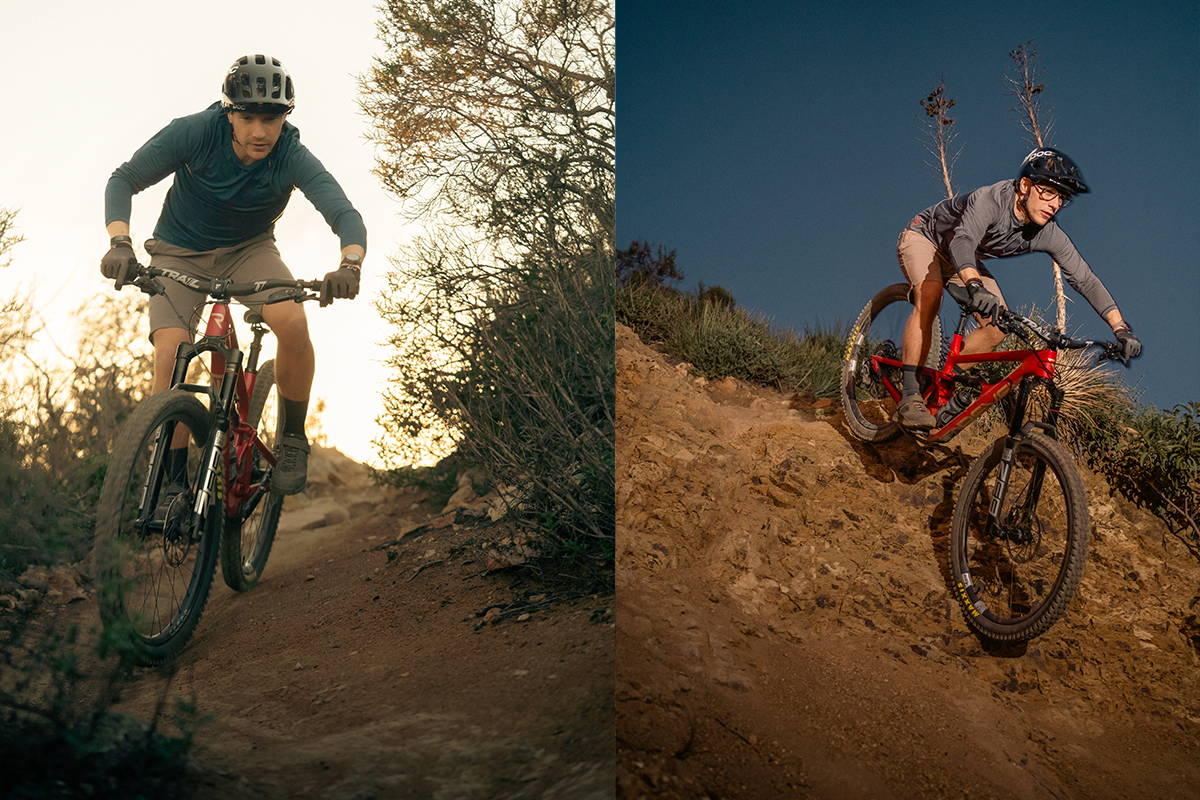 I think the Revel Rail 29 is the Revel everyone has been waiting for! Developed as a very versatile package, you can do all day backcountry rides where you are smashing up and down a technical single track or hit the bike park for all-day laps. With 155mm of rear travel, the Revel Rail 29 packs a punch allowing you to feel comfortable on pretty much any type of terrain while still being extremely efficient. Personally, I love the way Revel Bikes attacks the geometry of their bikes, keeping them modern and in line with lots of other bikes but not going extreme. While there is always a place for the extreme, I feel a neutral approach fits more riders and more terrain than the extremes. Revel Bikes took everything from the Rail 27.5 and Rascal bikes we love so much and put them into a long travel package that is ready to rip! 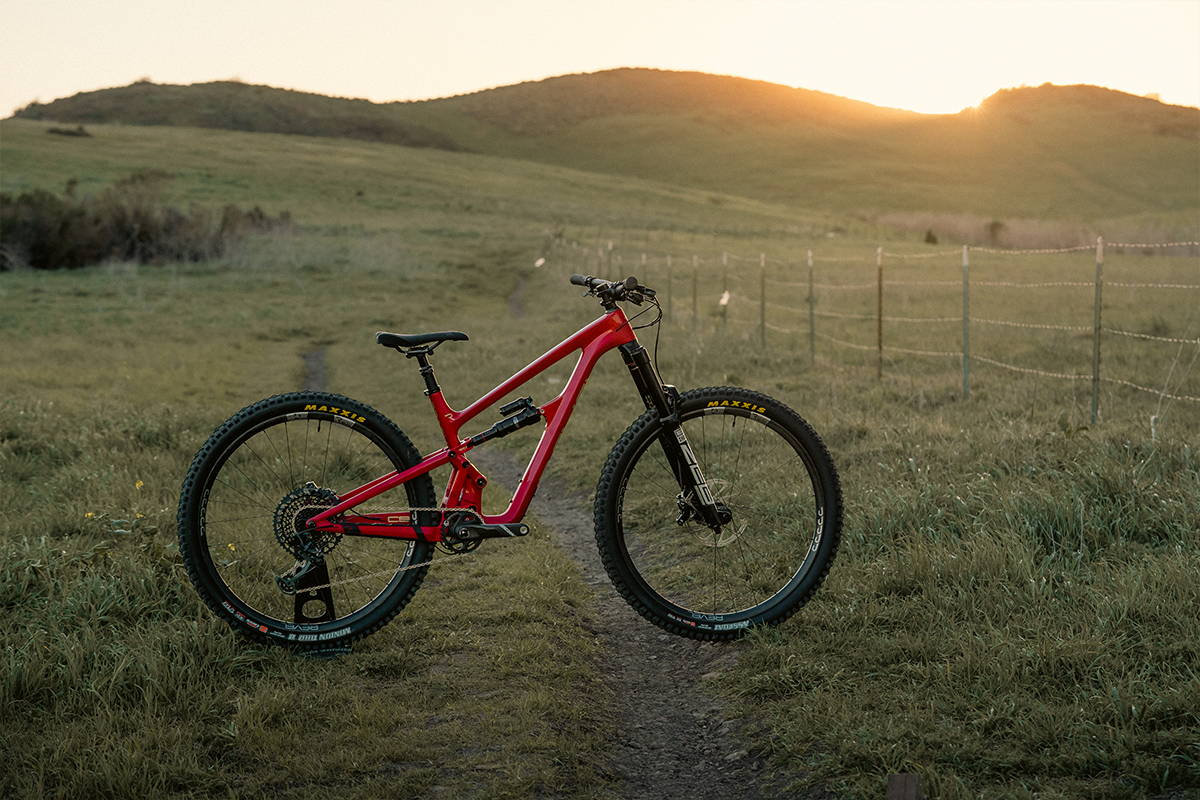 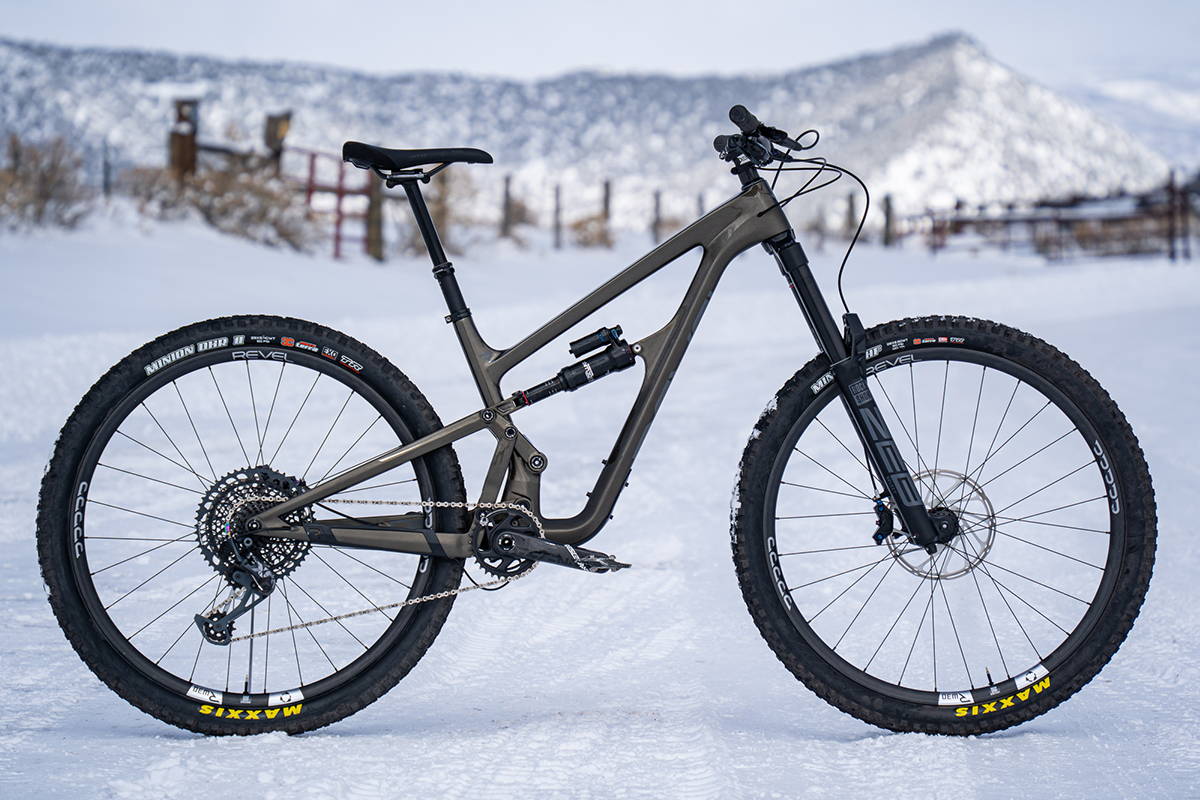 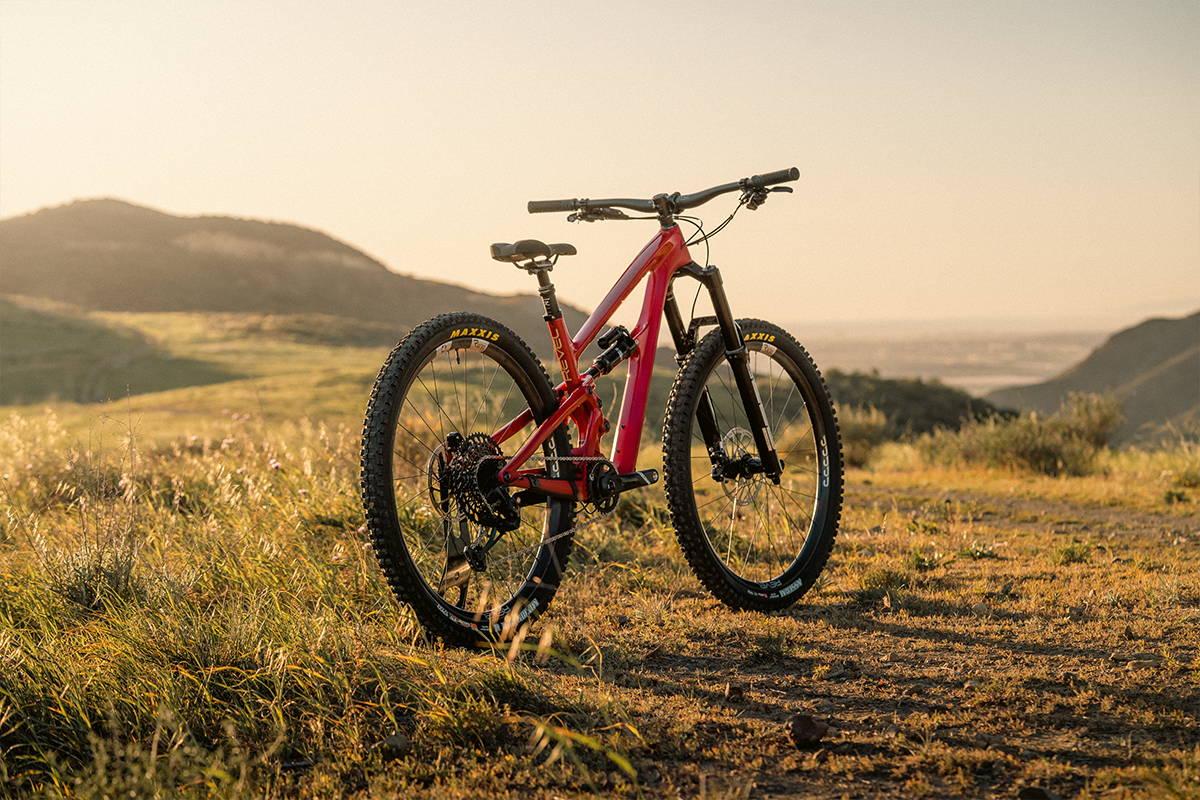 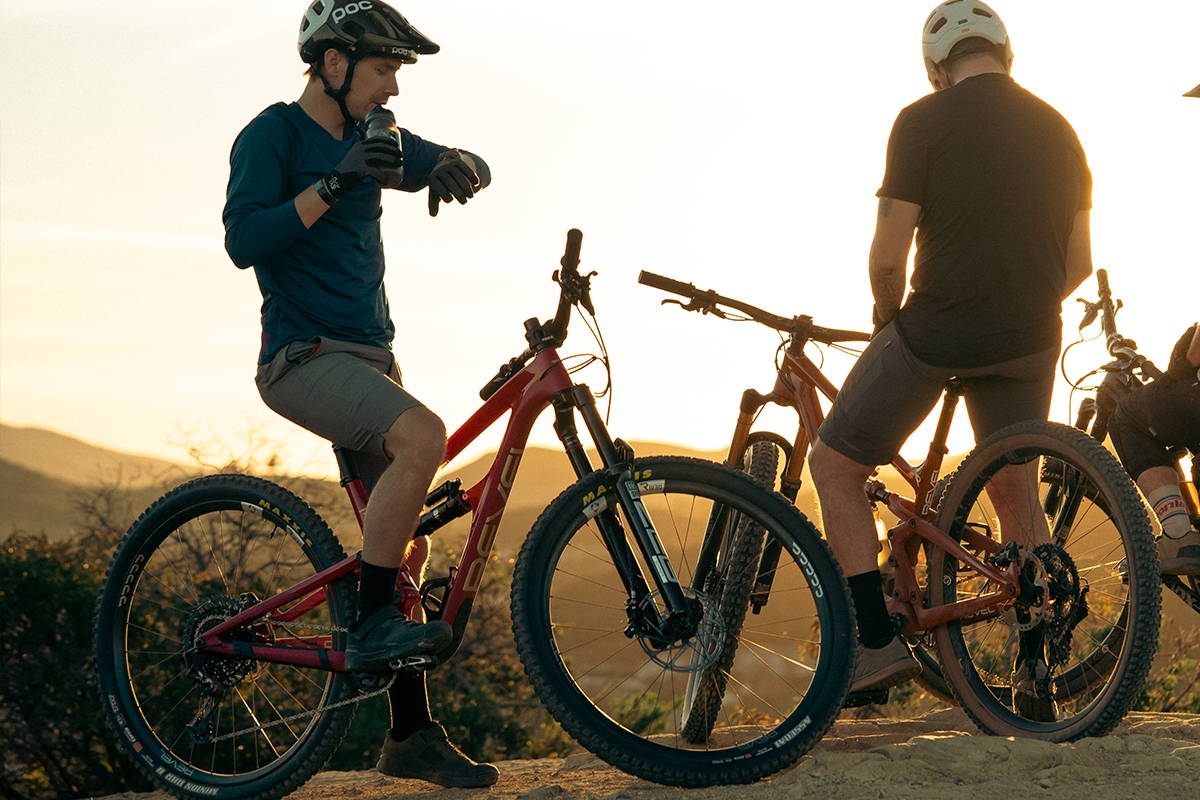