Canfield Bikes is the creation of Chris and Lance Canfield. Lance Canfield, who had the idea to make his own bike back in 1994 while racing the North America Mountain Bike Races, wanted to create a bike that handled better than anything on the market. His brother Chris Canfield went on to design the suspension platform based on two rotating links to mimic the performance of an off-road truck. Together the two created the Big Fat Fatty Fat or BF3 in 1999. Lance Canfield took this bike and competed in the first four Red Bull Rampage events and Chris went on to race World Cup Downhill races. It goes without saying that they took these bikes and tested them at the highest levels possible.

Now Canfield Bikes is still making bikes and still rocking the CBF Suspension platform that Chris Canfield created all those years ago. CBF, which stands for Canfield Balance Formula, not only still holds up in today's world of technology-advanced mountain bikes but is still arguably one of the best all-around suspension platforms on the market. One of the bikes that really took Canfield to the top in our minds is the Canfield Riot, a fun yet aggressive 29er that came out when the trail and enduro crowd said 29ers can't be fun. Canfield not only proved them wrong but made the Riot a hit with its 420mm chainstays. Many of us at Worldwide Cyclery had Riots of our own. The latest crop of bikes took what made the Riot so awesome and brought them into the modern era. The Tilt, Lithium, Balance, One.2 and the new Jedi all are extensions of Canfield past: still made of aluminum, still using CBF, and still rocking the classic Canfield Skull Headtube Badge. Worldwide Cyclery is stoked to introduce Canfield bikes again, carrying on a classic that has never ridden so well.

The CBF Suspension design is something like a work of art. The Instant Center is right above the chainring no matter what gear you are in or what range of the travel, meaning the bike pedals and holds traction like no other bike on the market. Worldwide Cyclery actually has an entire video and article on the CBF platform as one of our other favorite brands, Revel Bikes, licensed this platform from Canfield and is a major reason why we love Revel Bikes so much. Head over to that video and article to learn more about CBF and why it's one of the most loved suspension platforms on the market today. 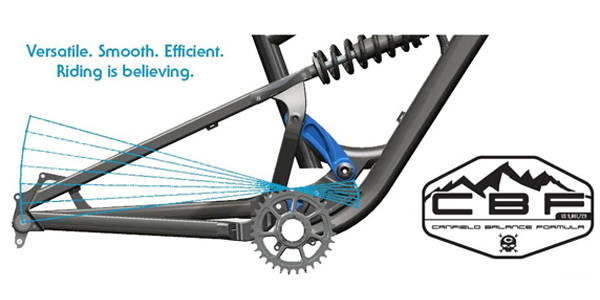 Canfield has made a ton of new models over the last two years. For Worldwide Cyclery, we are stocking the three full suspension trail bikes, Lithium, Tilt, and Balance. We will also have available for special order their other models like the Jedi and One.2, which are their downhill and freeride models. We’ll also be able to special order their Nimble 9 and Yelli Screamy, the two hardtail models that have a cult-like following. 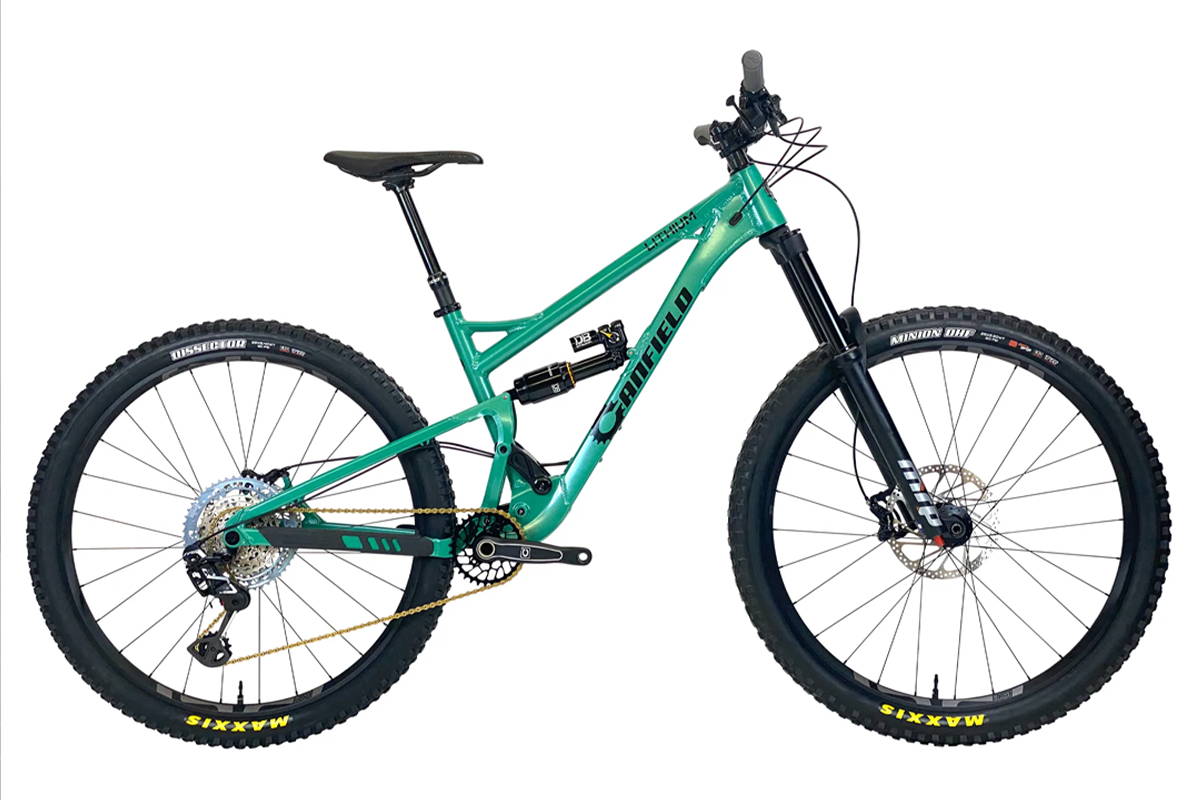 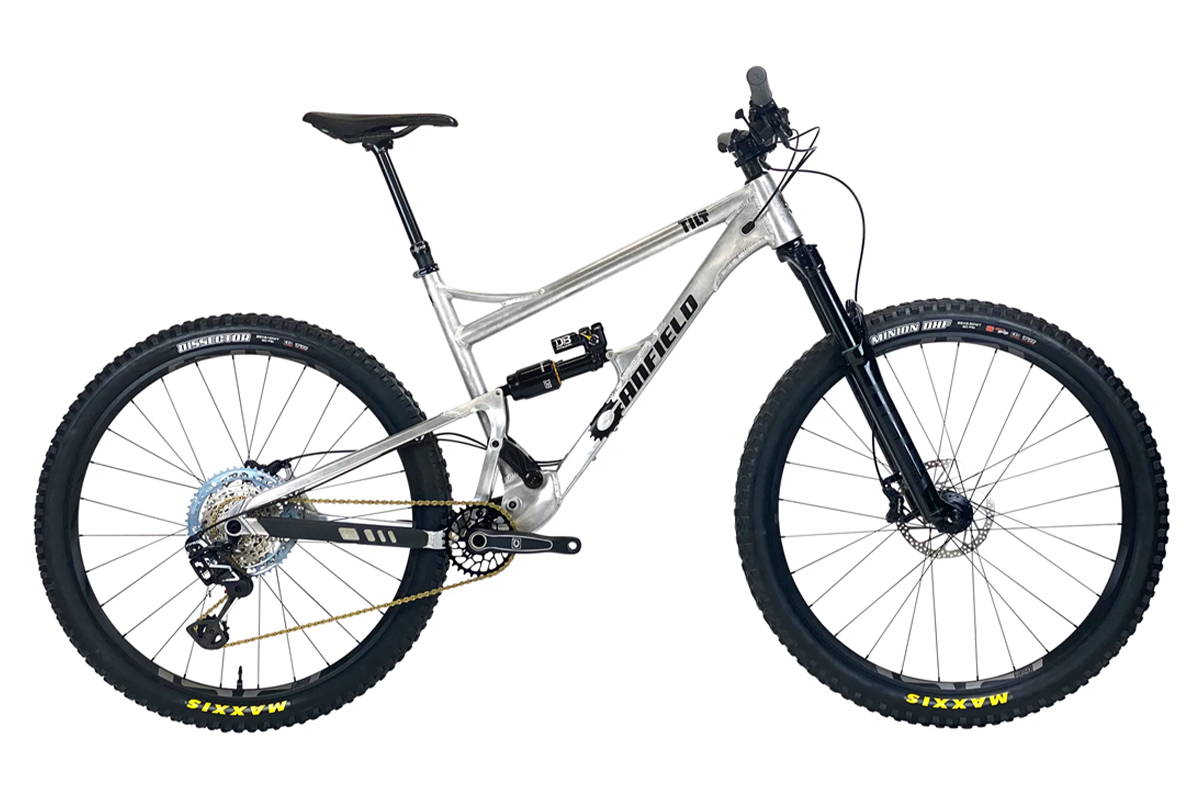 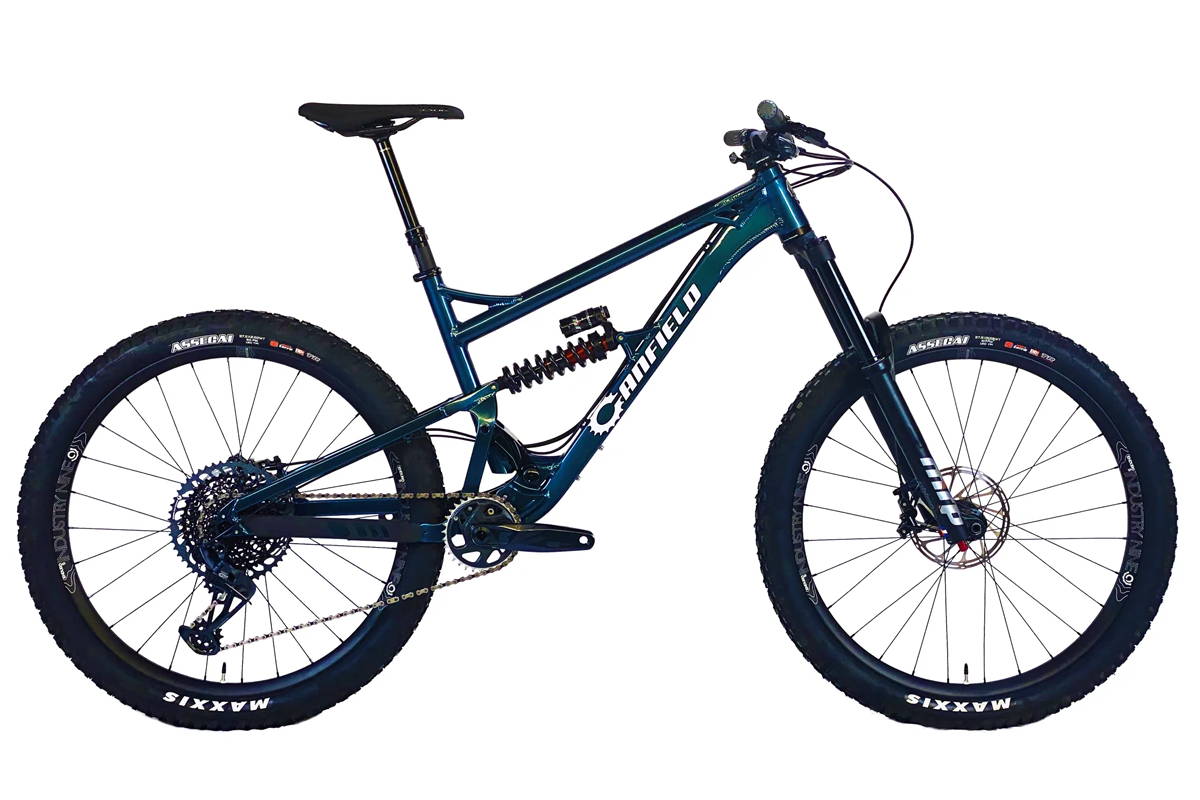 The Canfield Lithium is the brand's long travel 29er. This is something that was missing from Canfield's lineup for a while, but the wait was worth it. Rocking 163mm of rear travel paired with a 170mm or 180mm fork, the Lithium is a capable rig that is not only worthy of rocking the classic headtube badge Skull but does it with reckless aggression while out on the trail. With modern geometry, the Lithium is ready to smash anything in its way while also being fun and nimble enough to take to the bike park or jump trails. There is just something about bikes that sport the CBF suspension design that make them both capable of high speed and rock smashing while maintaining the fun and playfulness you have come to know from Canfield and all CBF-equipped bikes. 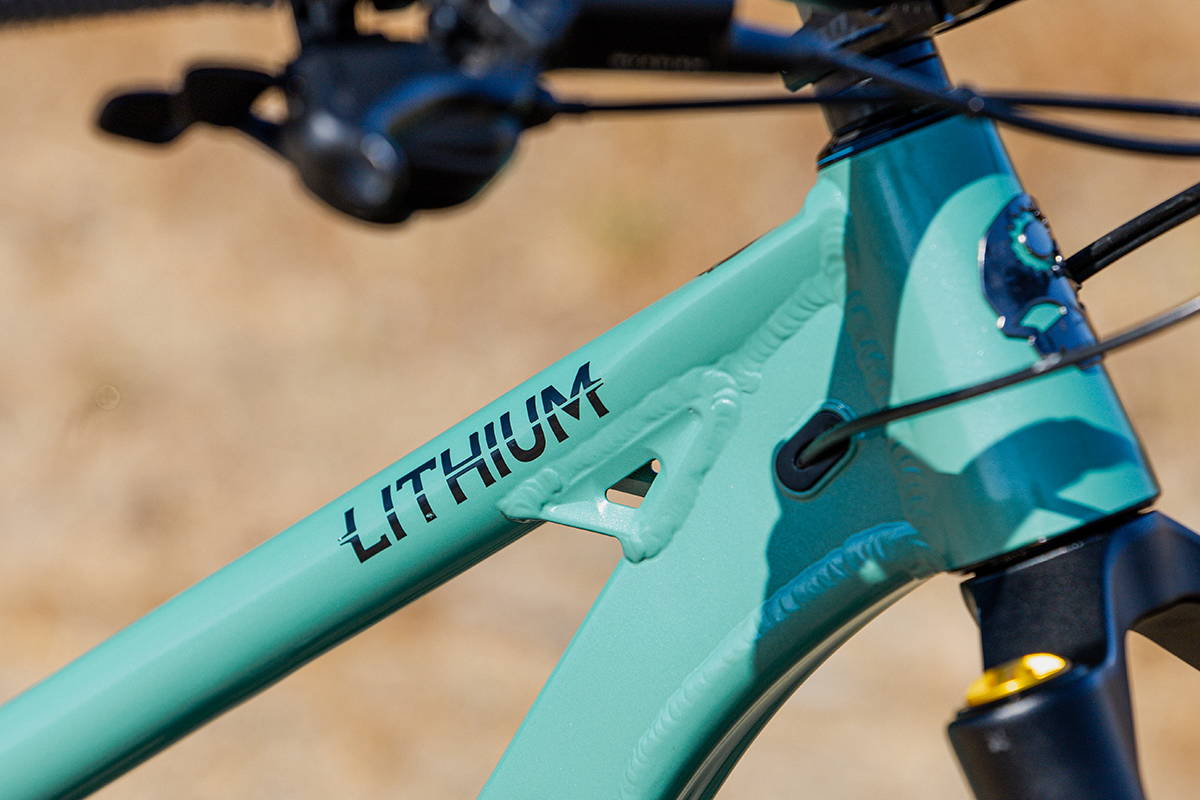 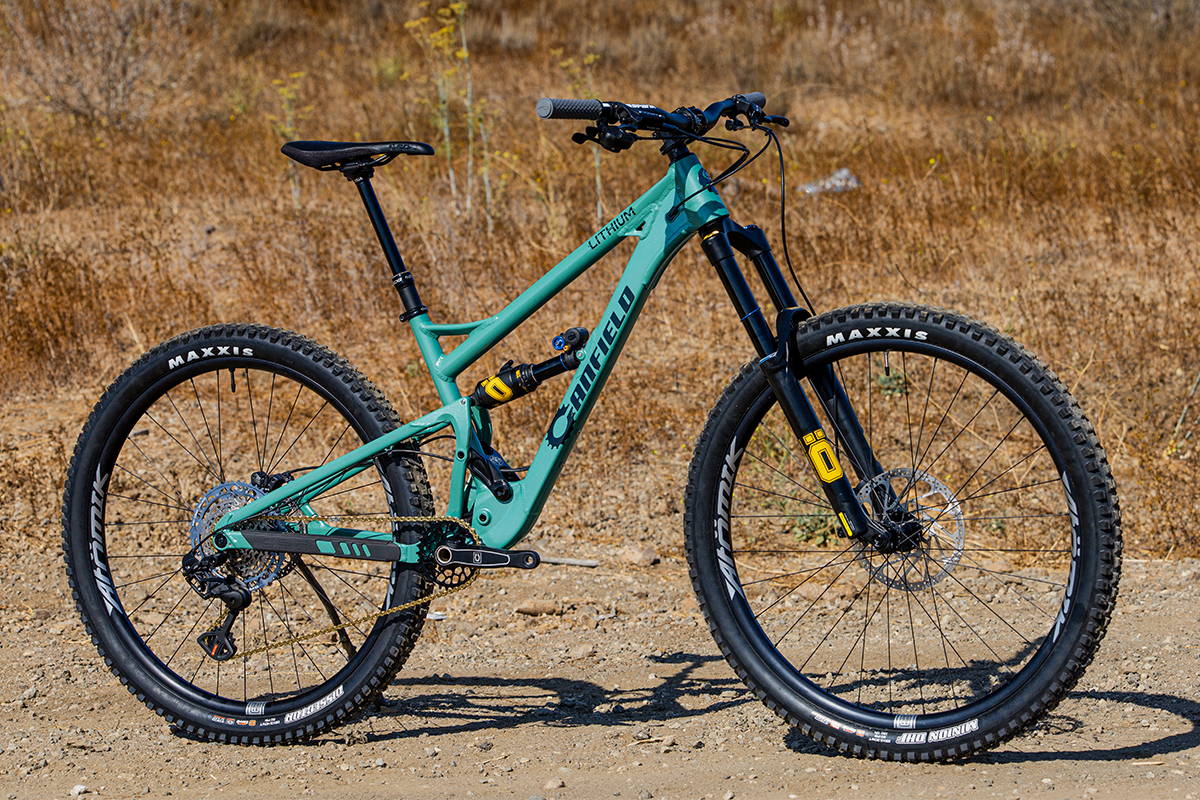 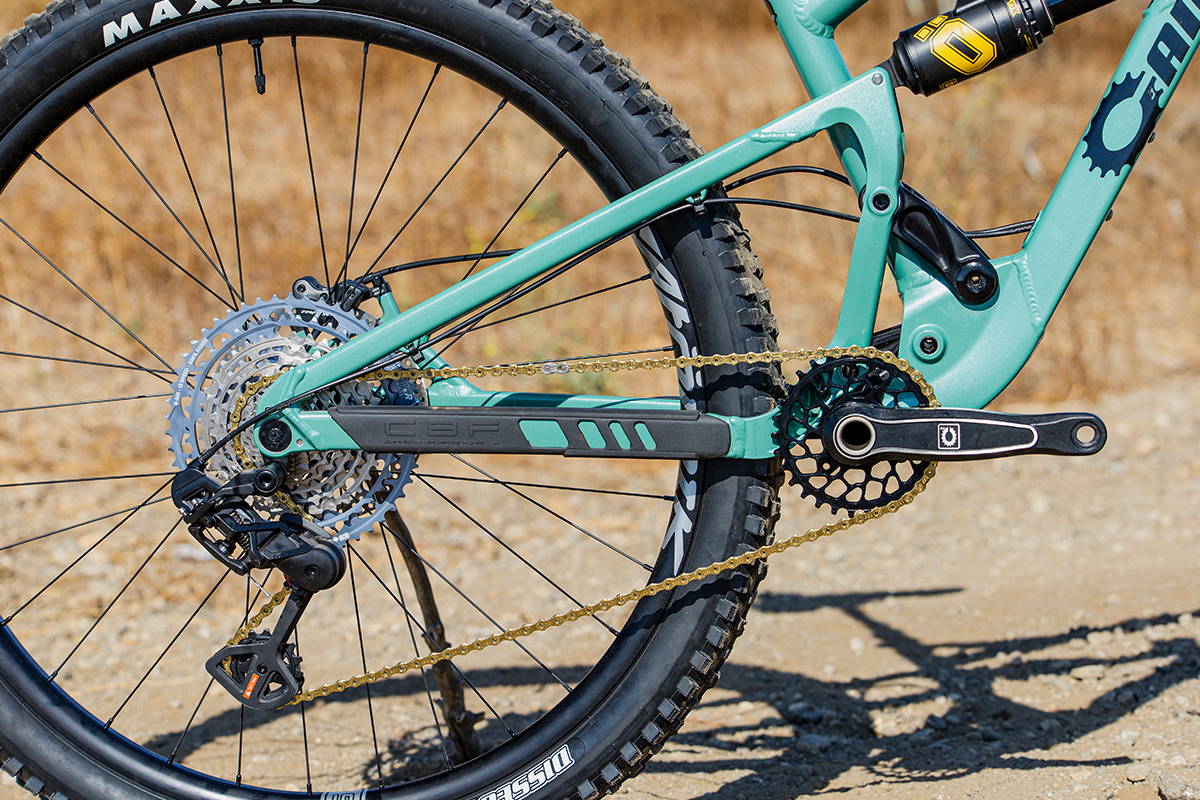 Want to ride one of the most fun and all-around best trail bikes on the market? How about trying the Canfield Tilt? It’s a trail-slaying 29er that perfectly blends what you want in a trail bike together so smoothly you won't believe it's not butter. The Tilt has 138mm of rear travel with either a 140mm or 150mm fork, and of course that 138mm of rear travel is controlled by CBF linkage. Picking up where the Riot left off, the Tilt gets modern geometry, a slightly longer chainstay for better stability and weight distribution between the longer front end and getting reinforced in all the best places. You can push these bikes' limits whether you are looking for Strava times or hitting the local jump pack.

Everyone always talks about the elusive quiver killer, and while as elusive as it might be, the Canfield Tilt is certainly as close to the quiver killer as one can get. We love riding the Tilt and it might be one of the most fun bikes we have ridden in recent years, probably since the Canfield Riot. Climbing like a possessed mountain goat, the Tilt holds traction in technical ascents and remains calm, something we love about this bike. Once you point this bike downhill your smile from the uphill grows and we find ourselves looking for all the fun hits and jumps on the trail or getting in those extra steezy cutties. You forget about going as fast as you can and start thinking about having as much fun as you can. That’s something we tend to love on a bike. 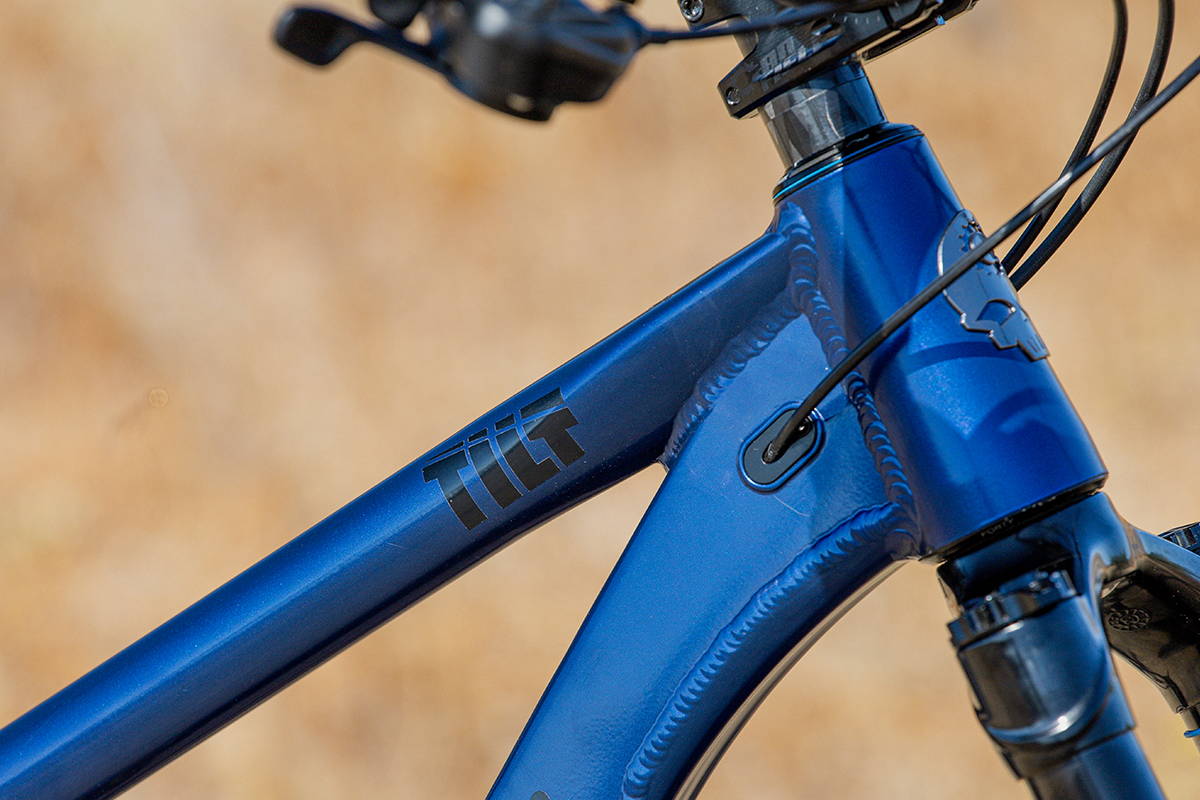 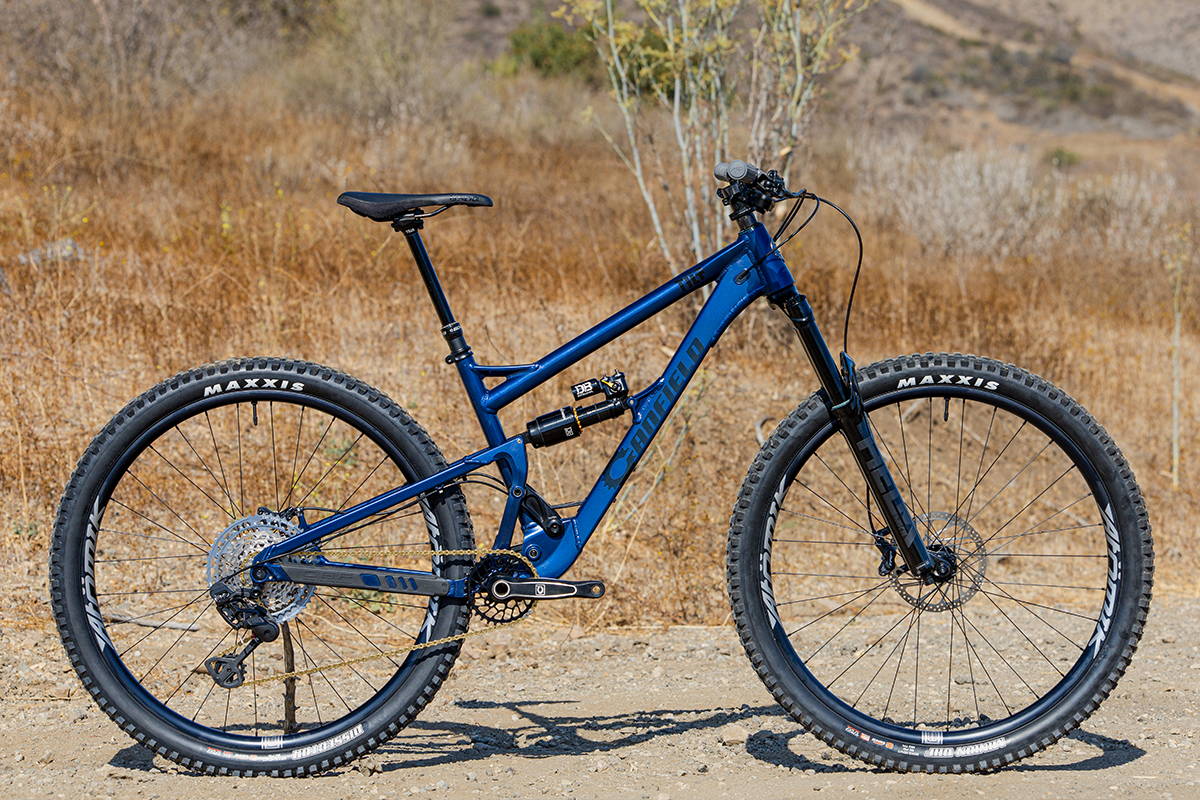 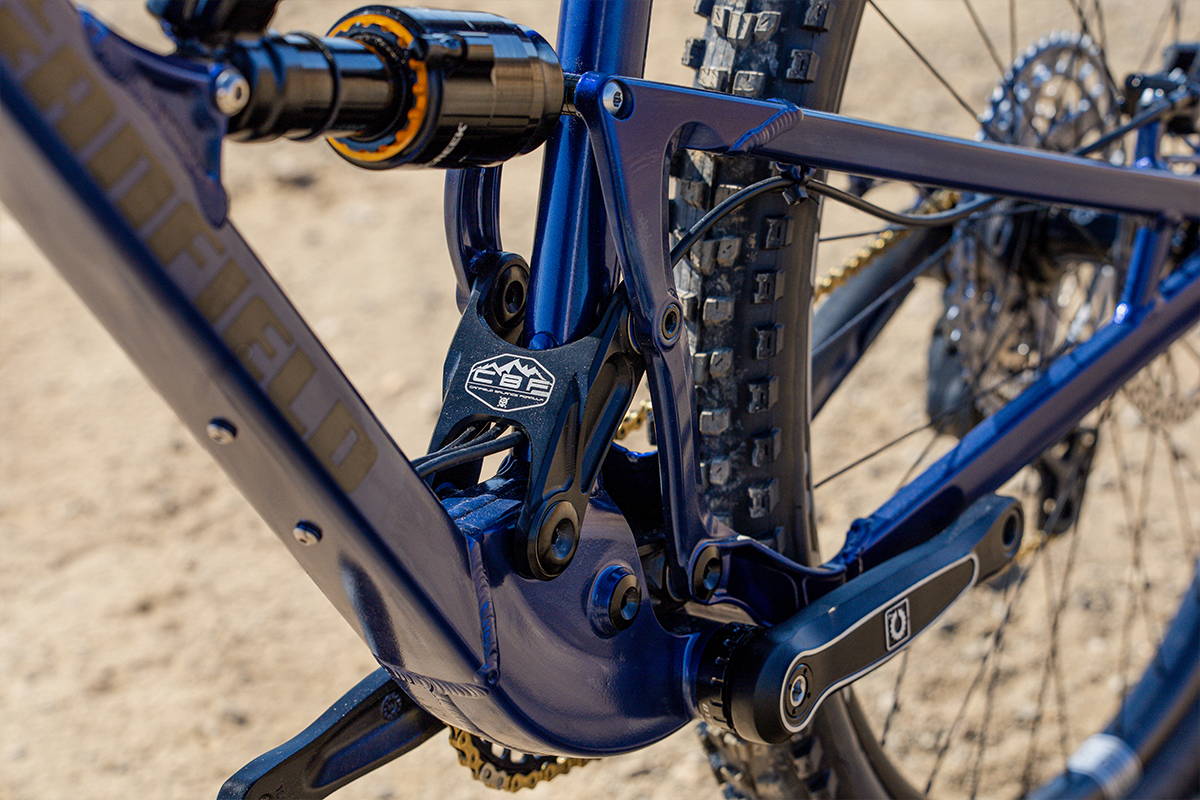 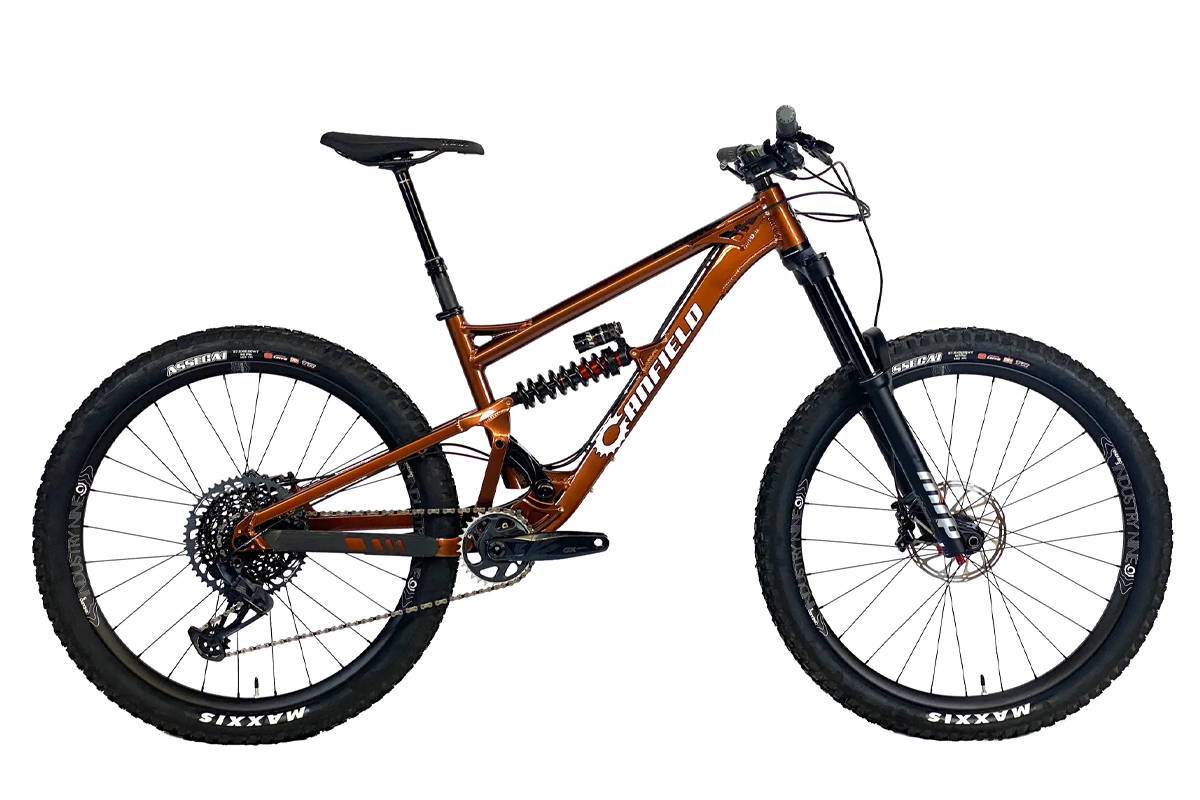 The redesigned Canfield Balance was one of the first bikes Canfield chose to update about two years ago and for a good reason. The Balance is a classic in the Canfield lineup, rocking 27.5” wheels with 169mm of rear travel, pairing that with either a 170mm or 180mm fork. Canfield claims this is everything you want in a 27.5” enduro bike: enough travel to have fun, the CBF linkage to make sure you can pedal this without cursing the whole climb, and all the fun levels to keep you stoked on riding bikes. For us, the Balance is the perfect park bike with 27.5” wheels and plenty of travel. You can have fun on all the big hits while still being able to throw this bike around. The Balance was a classic when it first came out and the new version is undoubtedly an instant modern classic. 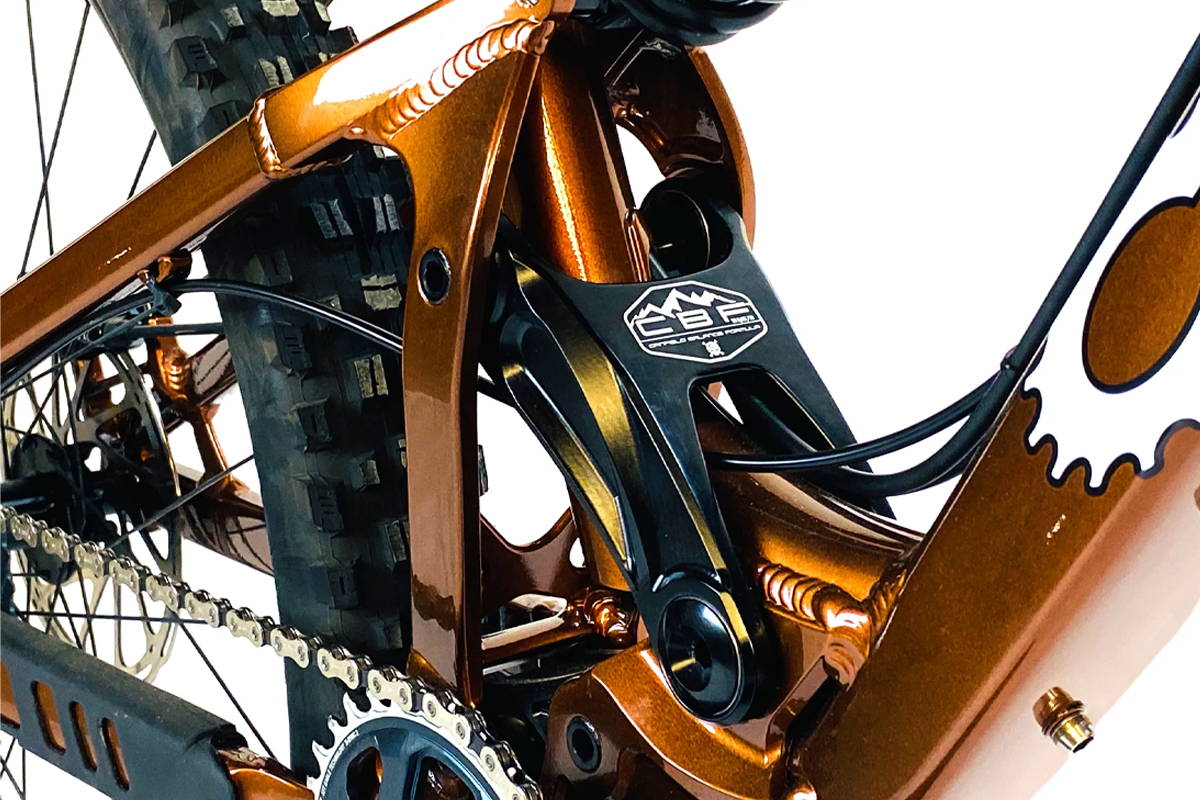 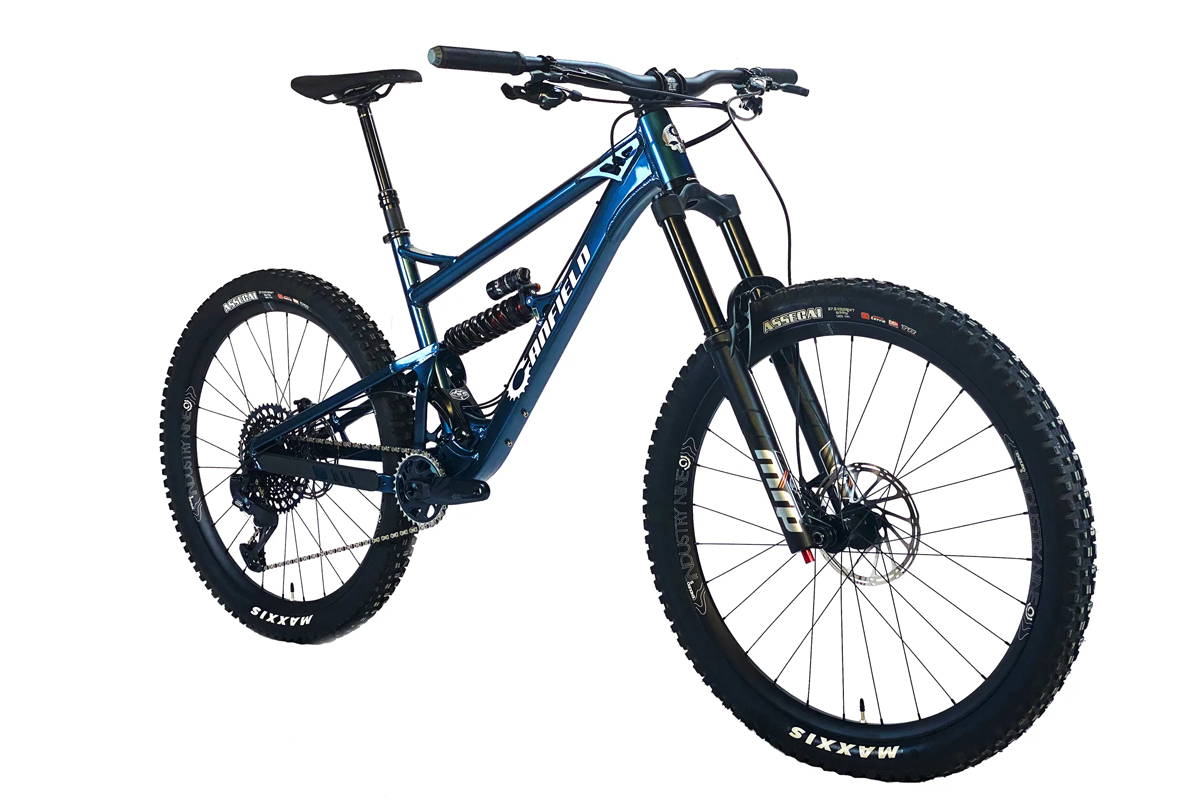 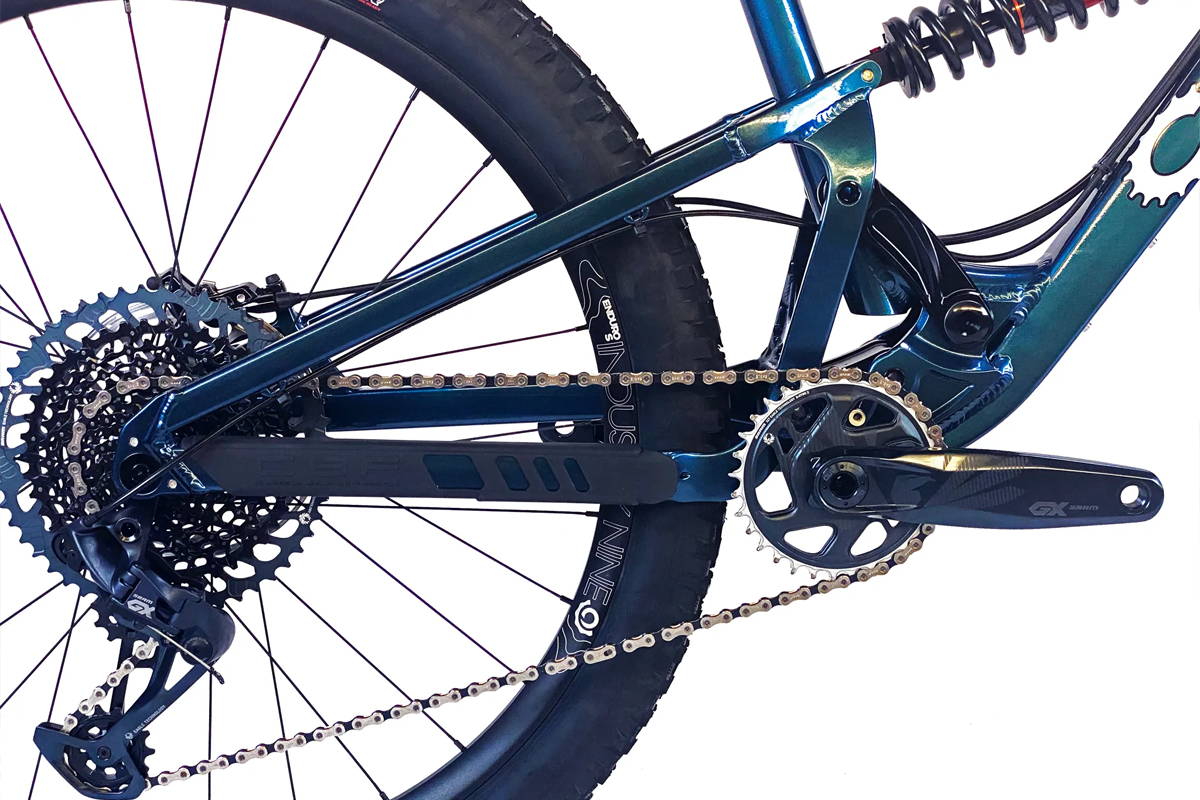 Worldwide Cyclery will also have the other Canfield Bike models available for special order. While not as high-volume as the three core trail bikes, each of the Canfield Bikes holds its own weight in any given category. The One.2 is Canfield's freeride bike. Using the same CBF layout as the trail bikes, this is just like the Lithium or Balance but on steroids. The Canfield Jedi has been brought back, with modern geometry and is more capable than before. This downhill race bike from Canfield has only gotten faster, with a unique layout of CBF, the Jedi was an early adopter of the high pivot layout. The Nimble 9 and Yelli Screamy are the brand's hardtail offerings, both with a cult following in their own right. If you’re looking for a steel hardtail with trail geometry, the Nimble 9 hits the nail on the head and rocks some killer paint jobs. The Yelli Screamy has also been brought back and rocks an aluminum frame to shave some weight while being fast and capable for all your hardtail followers. Both of these bikes certainly have that hardtail magic flowing through the tubes.